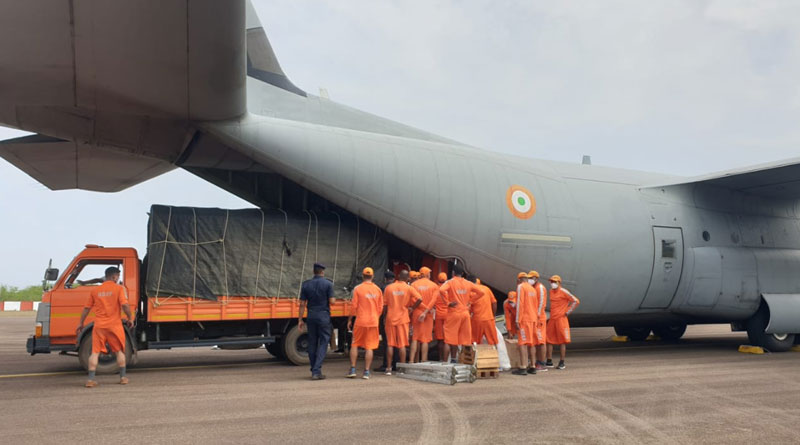 Earlier, on 15 May, the IAF sent out a press note saying that the force had readied 16 of its transport aircraft and 18 helicopters for operations in peninsular India in preparation for Cyclone Tauktae which is expected to cause ‘very heavy’ to ‘extremely heavy rainfall’ along the western coast of India in the next few days.

Additionally, IAF Covid relief operations have been focused in these coastal areas for the coming few days, as bad weather will impend air operations later. The cyclone relief operations being carried out are in addition to those underway for Covid-19 relief.