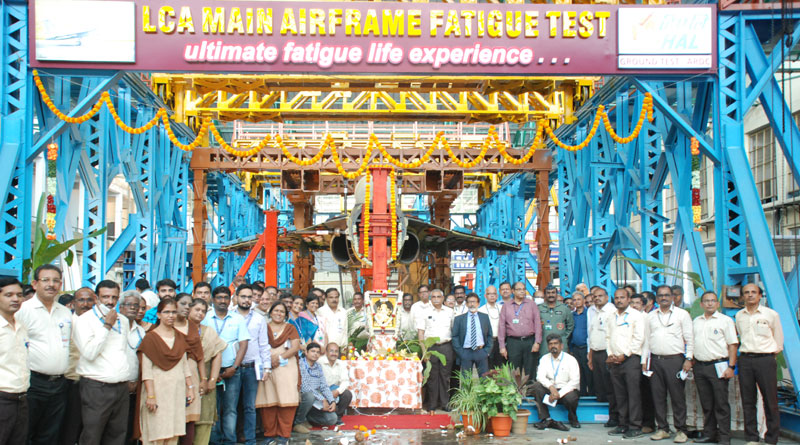 HAL has commenced the Main Airframe Fatigue Test (MAFT) of the LCA Mk1 airframe at its Ground Test Centre of the Aircraft Research and Design Centre (ARDC) in Bengaluru.

The MAFT test facility was inaugurated by Dir (Engg. and R&D), HAL, Arup Chatterjee.  “Despite the setbacks due to the COVID-19 pandemic, HAL has been able to commence the MAFT testing within the timelines planned,” says Chatterjee.

As per the military airworthiness requirements, MAFT must demonstrate the capability of the airframe to withstand four times the service life.  These tests will be carried out on the LCA (Air Force) Mk1 airframe over eight to nine years. The successful completion of MAFT will qualify the LCA (Air Force) Mk1 airframe for its full-service life. The test plan and schedule for the MAFT have been jointly arrived at by the designers from HAL and scientists from Aeronautical Development Agency (ADA) in coordination with the Regional Centre for Military Airworthiness (RCMA), CEMILAC. The testing and inspection will be carried out by ARDC under the supervision of DGAQA with the participation of designers from ARDC and ADA.