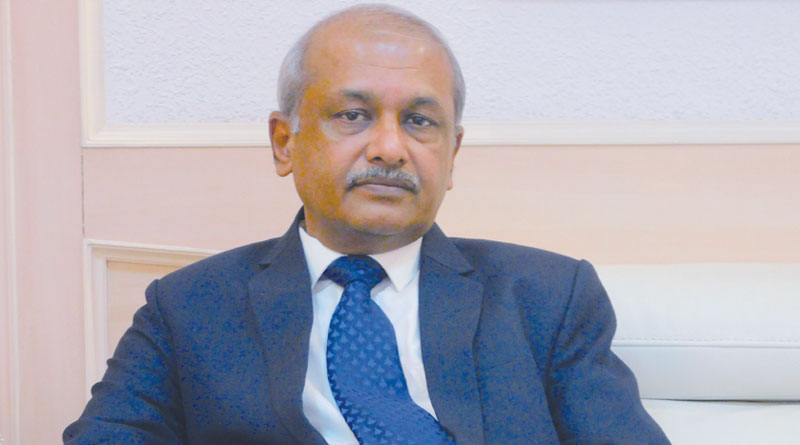 Regarding the successful trials of Light Utility Helicopter (LUH) in Ladakh and Siachen, can you elaborate on how the trials went? What went into the preparations and the challenges you faced?

Hindustan Aeronautics Limited (HAL) has successfully completed Hot and High Altitude trials of LUH and all the trial activities went well, as planned. LUH was transported for trials through C-17 aircraft to Leh and back. The IAF had allocated a dedicated C-17 for LUH team to travel safely owing to the pandemic situation.

A comprehensive test plan was executed at Leh (3,300m) including envelope expansion, performance and flying qualities. LUH lifted off from Leh and demonstrated its hot and high hover performance at Daulat Beg Oldie (DBO) ALG at around 5,000m.

Further, Air Force Station, Leh-Ladakh extended its support to operate at their base and complete the trials at the Siachen glacier. The Army Aviation Squadron, Leh provided ALH support helicopter throughout the trials.

High altitude trial is a critical testing for certification but we were fully prepared and confident of its success.


Have you applied for the FOC? When are you expecting to get it?

CEMILAC accorded a basic version of IOC for the IAF on 7 February 2020 during DefExpo 2020. All necessary User Evaluation Trials like Night Flying and Slope Landing have been successfully completed with the Indian Army towards obtaining IOC for the army version. After the present repeat trials at high altitude as per the army’s requirement, the IOC is expected from the army soon.

There is no concept of FOC in LUH development. However, as per requirement, HAL will complete certification including mission/ role equipment by February 2022.

What has been the feedback from the army and the air force? What numbers are you looking at and when are you expecting the programme to conclude?

The trials were jointly conducted by test crew from HAL, the IAF and the Indian Army. As per initial indications, users are extremely satisfied on the performance of the LUH including that at high altitude. I understand that the Indian defence services require around 190 LUH post-certification.

What is the update on LCH? Are you going to apply for FOC?

The LCH has achieved IOC for the IAF variant in August 2017 and the army variant in February 2019.

HAL has submitted quotation against Request for Proposal (RFP) for supply of initial batch of 15 LCH against which order is awaited. Proactively, HAL has commenced production activities based on the customers’ assurance for orders.

As required by the IAF, two LCH were deployed at Leh in August 2020 for undertaking operational missions to support the IAF. These helicopters successfully demonstrated quick deployment to forward high altitude locations and operations in extreme temperatures prevalent in the area and are able to operate in the complete Area of Responsibility (AOR).

Further, FOC concept is not applicable since the required Standard Operating Procedure (SOP) will be part of deliverable configuration.

Are you planning to ramp up production given the current situation? Can you share the delivery timelines?

The LCH is planned to be produced at Helicopter Division to meet the requirements of Indian defence forces namely, the Indian Air Force (IAF) and Indian Army. Considering the total projection of 162 helicopters, including 15 LCH Limited Series Production (LCH LSP), HAL’s concerned Division has initiated various planning activities and has drawn a detailed master plan for meeting the peak production capacity of 30 helicopters per annum.

The master plan covers various aspects of production namely augmentation of civil infrastructure, machinery and equipment, tooling and manpower planning. As a proactive measure, dedicated hangars to meet the structural assembly and equipping are already established and are fully operational.

Currently, HAL is manufacturing LCH Limited Series Production (LCH-LSP) aircraft. The build of first LCH-LSP is under progress and expected to be completed shortly. The 15 LCH-LSP delivery will be progressively completed within two years’ time, post contract finalisation.

The government has laid out a roadmap for exports and HAL has winning products in helicopters. What are HAL advantages and disadvantages vis-a-vis its competitors?

India is among a few countries in the world which has the capability to design, develop, manufacture and overhaul helicopters. HAL-built helicopters (ALH, LCH and LUH) are at par with any contemporaries in its class and these machines are capable of fulfilling various operational requirements of Indian armed forces.

HAL has proven its mettle by producing these helicopters suitable in all weather, all terrain operations viz. sea level, hot and high altitude, desert, cold Himalayan glacier in Indian terrains. ALH and its derivatives can operate at an altitude of 5km plus which very few of the competitors’ platforms can reach. The unique capabilities of these machines have already been proven in various operations and roles.

It is important to underline that the competition in niche segment (high altitude service) is limited and the multi-role, multi-mission, all weather, all terrain capabilities are unique features of HAL-built helicopters.

However, the helicopter manufacturing eco-system/ industry in India is yet to mature as regards to the supplies for raw-material and Line Replacement Units (LRUs). There is a dependency on foreign original equipment manufacturers (OEMs) for the same which pose a challenge both in cost reduction and export because of restriction to re-export.

Over the past decades HAL has been focusing on meeting the requirements of the Indian defence forces. The company is a new entrant in the export market for helicopters, compared to established Western/ Russian makes, which have been well entrenched for close to five-six decades. To boost exports, efforts are being made to overcome these limitations through indigenisation and government support to export by the way of G to G/ Letter of Credit (LoC)/ Grant.

What preparations does HAL need to do before competing in global tenders? Would you need EASA/ FAA certification for your helicopters?

Coming to fighters, what is the update on the additional Su-30MKIs and LCA MkII?

The IAF has projected the additional Su-30 MKI requirement. HAL has submitted budgetary commercial offer to the IAF for additional 12 aircraft. However, the IAF wants to have two additional systems for the aircraft, which are under development in Russia. Discussions are under progress among the three sides. Formal request for proposal (RFP) for additional 12 Su-30 MKI from Air Headquarters is awaited.

LCA Mk-II is being developed by Aeronautical Development Agency (ADA), Defence Research and Development Organisation (DRDO) and HAL. ADA is the Programme Management Agency for design and development of LCA Mk II. HAL is the design partner and production agency for manufacturing of LCA Mk II.

The Preliminary Services Qualitative Requirements (PSQR) were received from Air HQ in July 2019. The Aircraft Requirement Document and Equipment Standard of Preparation were released in November 2019. Aircraft and System level Preliminary Design Review (PDR) were completed in March 2020. Currently, detailed design activities are in progress.

What is the update on AMCA? Is it on track or do you expect delay in building the prototype?

HAL took the first step towards the Advance Medium Combat Aircraft (AMCA) programme by entering into an MoU with ADA for participation in the Design and Development phase in July 2020. AMCA is a twin-engine multi-role aircraft with fifth generation capabilities and is being developed by ADA for the IAF. Currently, HAL is participating in preliminary design activities for AMCA.