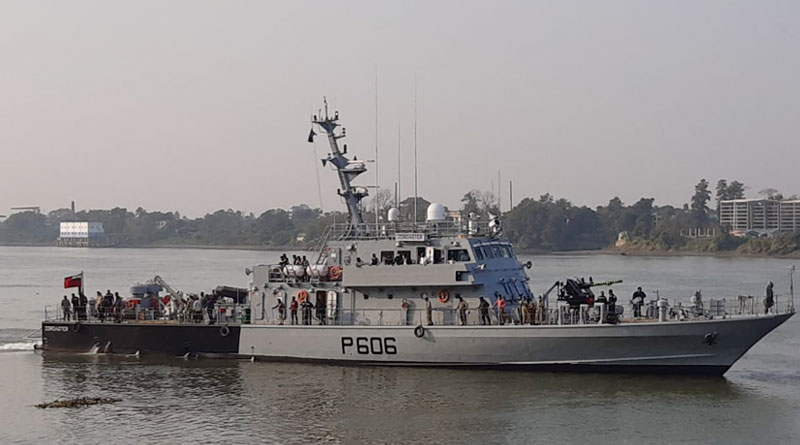 A contract for delivering 1 Fast Patrol Vessel (FPV) was signed between Garden Reach Shipbuilders and Engineers Ltd (GRSE) and Government of Seychelles.

A press statement from GRSE said, “Signing of this prestigious contract, that occurred within just a month of the shipyard concluding a contract for 1 Ocean Going Passenger & Cargo Ferry Vessel with Govt. of Guyana, signifies a breakthrough in the company’s journey towards becoming a global player in the warship building arena and bears testimony to the trust; foreign countries are reposing in this Indian shipyard’s abilities. The Fast Patrol Vessel will be delivered to Coast Guard of Seychelles, the archipelagic island country.”

The SCG Ship ‘Zoroaster’, a Fast Patrol Vessel, will be a powerful, fuel-efficient platform designed to perform multipurpose operations, such as patrolling, anti-smuggling, anti-poaching, and search and rescue (SAR). With a maximum speed of 34 knots and an endurance of more than 1500 nautical miles, this 50 m FPV with a water-jet propulsion system and advanced controls has the capability to undertake Maritime Missions of the Seychelles Coast Guard including timely interceptions. The ship is also fitted with a 40/60 gun as the main armament. It will also flaunt improved habitability features with fully air-conditioned modular accommodation for 35 personnel. The overall design of the FPV has been developed in-house by GRSE.

GRSE also has the experience of delivering CGS Barracuda, a multipurpose compact Offshore Patrol Vessel to Mauritius Coast Guard, thereby becoming  the first Indian shipyard to have exported a warship.

Since its inception as a DPSU in 1960, GRSE has built 787 platforms which include 106 warships to Maritime forces, which is highest number of warships built & delivered by any shipyard in the country.

GRSE has the capability to construct 20 ships concurrently, using its modernized infrastructure and ‘Modular Integrated Construction Philosophy’. Further, the dedicated, multi disciplinary, strong Design Team of the shipyard  is continuously working towards developing various concept designs for ships that can cater to the current and future requirements of Indian Navy and Indian Coast Guard.