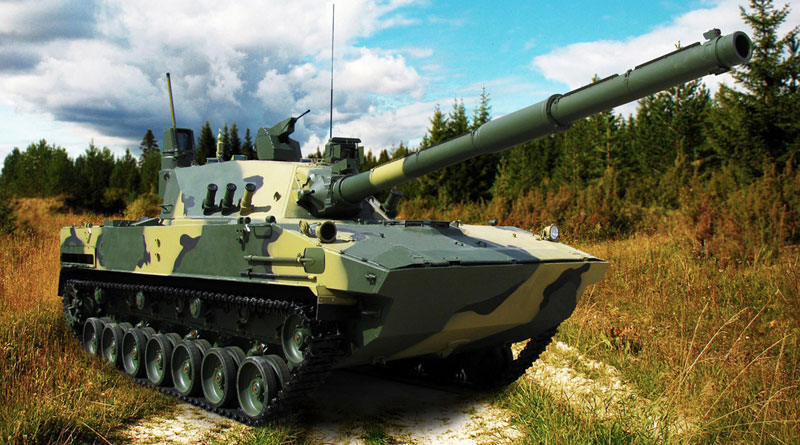 Today, more than 40 countries are actively operating not only state-of-the-art Russian armored vehicles, but even those supplied decades ago during the Soviet period.

Rosoboronexport  has supplied more than 3000 tanks and vehicles abroad, including artillery, engineer and other weapon systems and military equipment in over 20 years of its activity in the international arms market.

On the occasion of the 100th anniversary of Russian tank building, a ceremonial passage of the latest Russian armored vehicles took place in Nizhny Tagil, which is a city plant where the main production facilities of world-famous Russian tank manufacturer Uralvagonzavod Research and Production Corporation are concentrated.

“The equipment designed by the Russian school of tank building, which celebrated its 100th anniversary this year, receives acclaim of foreign specialists every year. The latest products from Rostec holding companies – Armata and T-90MS MBTs, BMPT Terminator tank support fighting vehicles, Sprut-SDM1 light amphibious tanks, TOS-1A heavy flamethrower systems, Msta-S self-propelled howitzers, a broad lineup of engineer vehicles based on tank chassis and many other domestic armored vehicles – are in high demand around the world. In a number of countries, armored units equipped predominantly with Russian vehicles became the backbone of the national armed forces,” said Alexander Mikheev, Director General of Rosoboronexport and Deputy Chairman of the Russian Engineering Union.


Over the past 20 years, more than half of these countries have signed large contracts with Rosoboronexport for the supply of new batches of armored vehicles or the modernization of their tank fleets to radically increase the operational readiness and fighting capacity of their armies.

According to the Press Release by Rosoboronexport, “The following key qualities of the Russian armored vehicles are highly appreciated abroad- high operational effectiveness and capability to handle a wide range of tasks, including through a gun capable of firing both standard tank ammunition and guided missiles; ease of use (the equipment is easily mastered by personnel, easy to maintain and repair, even in the field); automation of operations and control, increased mobility, good crew protection, operability in the widest range of geographic and climatic conditions, from polar ice to the equator; reliability of armored vehicles, platform and component commonality, their high maintainability on the battlefield; compliance with the claimed performance characteristics.”

Foreign customers pay great attention to the preliminary evaluation of equipment before making a decision on its procurement. So, the tests of T-90 tanks in the Thar Desert and the Arabian sands became an effective advertising for these vehicles. As a result, a plant was built in India for the licensed production of T-90S MBTs and a number of countries adopted them for service.

For 100 years, the tank building industry in Russia has evolved in a unique way, which no one in the world has followed, becoming a nationwide plant academy, in the shops of which an engineering idea is translated into advanced military equipment. The best achievements of science and the unique century-old experience of using tanks have been implemented today in the Armata universal combat platform, whose counterparts are unlikely to emerge in the foreseeable future. The delivery of vehicles based on this platform abroad is the future of the world tank building industry. Currently, the world tank export market is steadily dominated by T-72, T-80 and T-90 MBTs, which have received a state-of-the-art configuration as a result of Russian modernization.

“An immense amount of research and technological groundwork and colossal capacities of Russian heavy engineering enterprises, which include tank building industry, the latest production processes, from armor plate welding and rolling to delicate integration of high-tech digital equipment into multi-ton hulls – all this ensures Russia’s leadership in this segment of the world arms market. This success has been achieved thanks to the talents and conscientious work of hundreds of thousands of people working in design bureaus, operating machines, pouring steel, and assembling powerful combat vehicles. Only cohesive teams can achieve such overwhelming results. This glory belongs in full measure to global tank-building forward Uralvagonzavod Corporation, a subsidiary of the Rostec State Corporation, which has ensured the factory continuity of generations and preserved labor dynasties, where experience is transferred from fathers to sons – Russia’s future tank builders, who had and should have no match in the world,” stressed Alexander Mikheev.