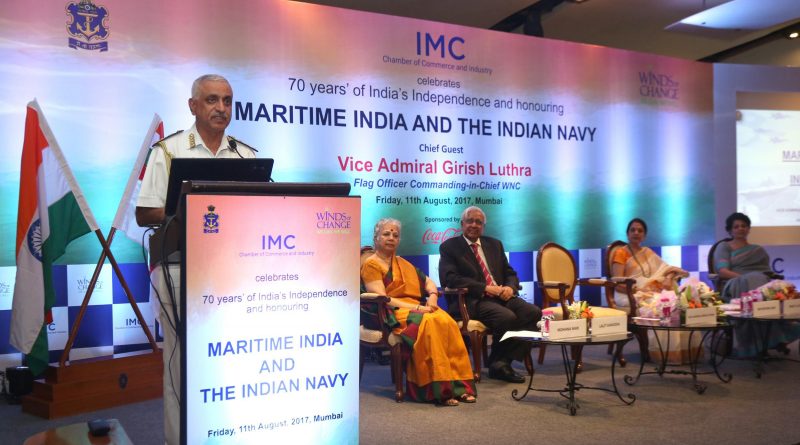 In his address, Vice Admiral Girish Luthra brought out the importance of the maritime domain and the advantage possessed by India owing to its geographic disposition in the Indian Ocean. He also brought out the various roles of the Indian Navy in defending the country’s interest both in war and peace, and in promoting stability and security. He explained about the Indian Navy’s sustained Operations in the region to secure India’s national maritime interests. He also highlighted that the Indo-Pacific region is central to global and regional developments and that emerging geopolitics have a strong maritime orientation. He provided details related to centrality of the seas in growth  and development and covered aspects related to new government  initiatives for Blue Economy including Project  Sagarmala for Port led development of industrialisation, trade and commerce.

Speaking on the occasion, President Naval Wives Welfare Association (NWWA), Preeti Luthra brought out how the association provides support to the families of naval personnel when they are away on deployments guarding the frontiers. She informed the audience of various social outreach activities of NWWA. Also speaking on the occasion, Lieutenant Meenakshi Pandey of the Indian Navy, elaborated on the topic “Life of a woman Indian Naval Officer”.