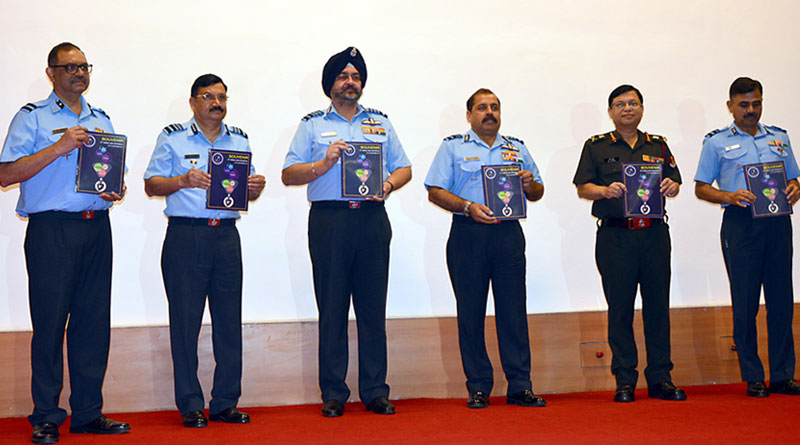 Bengaluru: Space is the final frontier. With the Prime Minister having announced a manned space mission – Gaganyaan – that will carry three astronauts to space hopefully by 2022, aerospace medicine will have a crucial part to play in this endeavour.

Chief of the Air Staff, Air Chief Marshal B.S. Dhanoa was the chief guest and delivered the inaugural address. The air chief said that ISAM will get actively involved in astronaut selection for the manned space mission including other tasks.  The Air Chief also insisted that aerospace medicine specialists are best friends of the air crews in the field and appreciated the specialists for doing a commendable job.


He also presented the prestigious Air Vice Marshal Srinagesh trophy to Major Urmimala Bhattacharya for topping the advanced course in aerospace medicine this year. The Chief of Air Staff trophy went to Surg Lieutenant Sangmesh from Indian Navy and the DGMS (Air) Trophy was given to Flight Lieutenant Srishti Tripathi.

Air Marshal NB Amaresh (retd) delivered the Subroto Mukherjee Oration. Director General of Armed Forces Medical Services Lieutenant General Bipin Puri was the chairperson for the oration. Close to 250 eminent doctors and scientists from all over the world are attending the conference. Commandant, IAM, Air Cmde Anupam Agarwal welcomed the guests and the presidential address was given by Commandant AFMC Pune, Air Marshal C.K. Ranjan.

Over the next three days, the conference will discuss latest scientific advances concerning military, civil aviation and space medicine.