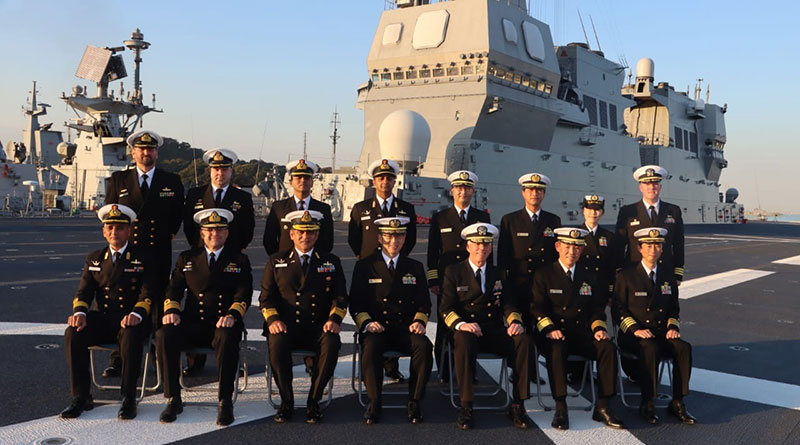 This edition of the exercise is scheduled from 8-15 November 2022. It marks the 30th anniversary of exercise MALABAR which began in 1992 as bilateral exercise between India-US and gained further eminence with joining of Japan and Australia. The ceremony was attended by the crew and planning staff of participating ships, aircraft and Special Forces from Australia, India, Japan and United States.

Indian Navy is being represented in the exercise by indigenously built ships Shivalik, Kamorta, Marine Commandos and a Maritime Patrol Aircraft P8I.