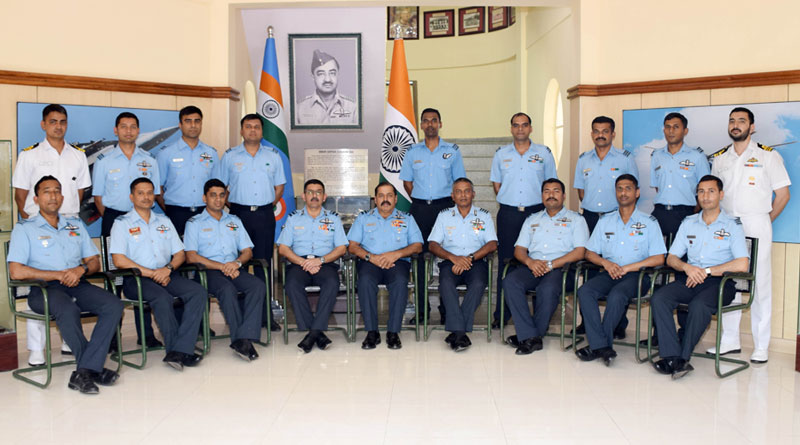 The course took the pilots and test engineers 48 weeks of rigorous and multi-discipline training. The AFTPS is the part of the Aircraft and Systems Testing Establishment (ASTE), one of the premier units of Indian Air Force (IAF).

Air Marshal RKS Bhadauria, Vice Chief of the Air Staff, was the chief guest and presented certificates to the graduating officers. Speaking on the occasion the chief guest congratulated the award winners for their performance in the course.

The Air Marshal highlighted that the graduates needed to maintain congruity and be aligned to service interests while relentlessly striving for precision and excellence in all facets of activities. He emphasised that they need to be committed to ensure that the systems cleared for induction meet the operational requirements and are inducted in the shortest time possible with optimum utilization of resources.

The chief guest advised the budding test crew to always aim for effective and comprehensive flight testing with utmost safety and through continuous knowledge enhancement and innovation.


The officers who graduated will join an elite club comprising 296 Test Pilots and 136 Flight Test Engineers of the country since AFTPS’ inception in 1973. Their job is to interact with designers and manufacturers of aircraft and systems to produce the best fighting machines.