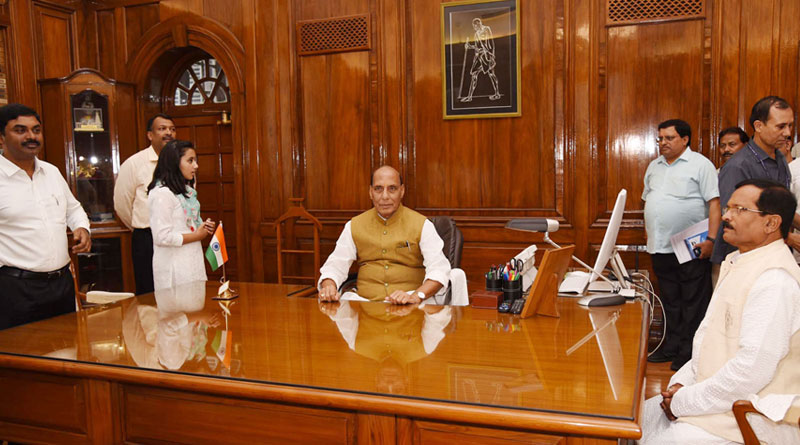 Defence minister Rajnath Singh attended a meeting of senior officers of Ministry of Defence to review operational matters and procurement issues of the armed forces, on June 7.

The defence minister discussed important revenue procurement cases regarding maintenance of platforms and assets with the armed forces. He was briefed by the officers regarding ongoing infrastructure projects and plans for future upgradation. The Minister also reviewed working and matters related to Indian Coast Guard.


The minister instructed that separate meetings in respect of the Indian Army, Navy and Air Force may be convened to discuss operational preparedness of the forces. The meeting was attended by Defence Secretary Sanjay Mitra and Secretary Defence Finance Gargi Kaul along with other senior officers of the Ministry.