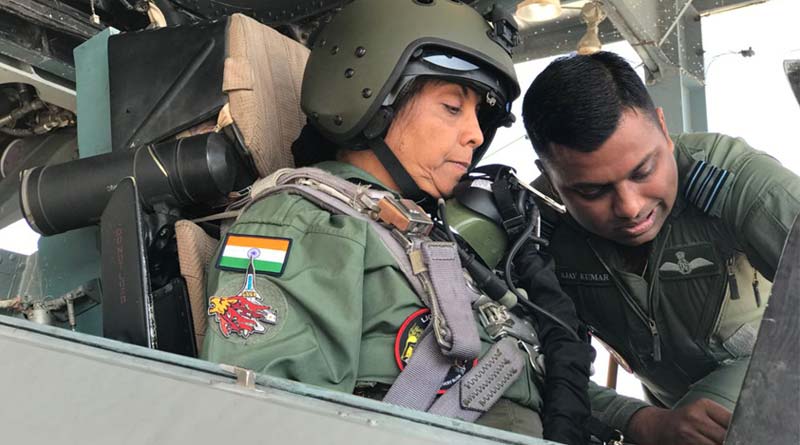 She was demonstrated some of the unique characteristics and strengths of the Su-30 MKI fighter aircraft of the 31 Squadron.

Defence minister Nirmala Sitharaman, on her visit to Air Force Station Jodhpur, took to the skies in Su-30 MKI fighter aircraft of 31 Squadron. In her 45 minutes of sortie, she was demonstrated some of the unique characteristics and strengths of this twin-engine Air Superiority Fighter (ASF).

She is the second Indian woman leader, after former President Pratibha Patil, to fly a sortie in an IAF Su-30 MKI fighter aircraft. After the sortie, Sitharaman said she was “very proud and thankful” for the “eye-opening and memorable experience”. “It actually tells me with what rigor, practice, what level of readiness & how quickly they (the defence personnel) have to respond to situations,” she said.


A few days ago, she was onboard the aircraft carrier INS Vikramaditya in the Arabian sea to witness the operations of the MiG-29 fighter jet and other naval exercises.

Owing to its versatile capabilities, Su-30 MKI forms an integral and the most potent component of India’s air power. Recently, ‘BrahMos’ Supersonic Air Launched Cruise Missile and ‘Astra’ Beyond Visual Range Air-to-Air Missile, were integrated and successfully fired from this platform.