In Ladakh, India is caught between a rock and a hard place 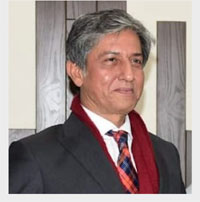 Since early May this year, troops from China’s People’s Liberation Army and Indian Army have been in a tense standoff in eastern Ladakh along what is known as the Line of Actual Control (LAC), a term first used by China’s premier, Zhou En Lai, and rejected by India’s prime minister, Jawaharlal Nehru.

Neither side has so far resorted to firearms. However, physical scuffles between PLA and IA troops have resulted in casualties. The worst such incident was on the night of June 15 when at least 20 Indian Army personnel, including the commanding officer of the unit, were killed and scores injured. PLA casualties remain unknown. Unlike previous standoffs at specific tactical points (Depsang, 2013; Demchok, 2014; Burtse, 2015; Doklam, 2017), the current push is theatre-wide and, therefore, different in operational terms.

Since the June 15 clash, a disengagement process has been underway. Independent commentators in India agree that India has lost territory and PLA has ingressed at multiple points along the LAC, though the Indian Prime Minister Narendra Modi denied that any intrusion had taken place. Ironically, in saying so, he contradicted his foreign minister, S. Jaishankar, who had accused the PLA of intruding west of the LAC.

Pakistan has been mostly quiet throughout this episode, notwithstanding the schadenfreude that often marks India-Pakistan relations. The statements put out by the ministry of foreign affairs and foreign minister Shah Mehmood Qureshi have been pro forma. One such statement read: “We have noted the reports of renewed clashes at China-India border areas. We believe that the clashes happened as China was negotiating with India to resolve the conflict peacefully and through agreed mechanisms. India’s belligerent policies and actions seeking to unilaterally change borders with neighbours continue to pose a threat to peace and security of the region and undermine the efforts aimed at promoting stability and development in the region.”

However, this should not be mistaken for indifference. Sources indicate that there have been considerable internal discussions with reference to China’s active entry into the Kashmir dispute, India’s troubles in the neighbourhood, its inability to respond effectively to the challenge in Ladakh, and the strategic space opening up both because of these events and, more broadly, because of realignments in the region and beyond.

At this point it is important to note that a majority of analysts in India and Washington, barring some exceptions, have misunderstood the reasons for China’s activation of the Ladakh LAC. To the question of ‘why now?’, a number of explanations have been offered: China’s President, Xi Jinping, has taken a hit at home because of the Covid-19 crisis and the economic slowdown so he is diverting attention from unrest within by flexing muscle without; Covid-19 crisis has given China an opportunity to project power while the world grapples with the pathogen; China is asserting power in response to the United States strategies like the Indo-Pacific and Quadrilateral Security Dialogue frameworks; China is reacting to India’s construction of border infrastructure close to the LAC, including lines of communication to forward posts.


India knows, or should know, the real story. But most analysts will not voice it, and certainly none associated with the BJP government ruling India.

The real story is about India’s fateful decision on 5 August 2019, to change and downgrade the status of Jammu and Kashmir of which Ladakh was a part.

While J&K for the rest of the world invokes Pakistan and India and the wars fought between the two on that dispute, not many seem to have noticed or, worse, ignored, China’s entry into the fray. Beijing reacted fast to the August 5 decision. Within 24 hours of India’s annexation of J&K (including Ladakh), in response to a question apropos of India’s change of Ladakh’s status, Foreign Ministry spokesperson Hua Chunying had this to say:

“China is always opposed to India’s inclusion of the Chinese territory in the western sector of the China-India boundary into its administrative jurisdiction. This firm and consistent position remains unchanged. Recently India has continued to undermine China’s territorial sovereignty by unilaterally changing its domestic law. Such practice is unacceptable and will not come into force. We urge India to exercise prudence in words and deeds concerning the boundary question, strictly abide by relevant agreements concluded between the two sides and avoid taking any move that may further complicate the boundary question.”

Another incitement to China was a statement by India’s home minister, Amit Shah, who, while speaking in Lok Sabha on 6 August 2019, said, “We will sacrifice our lives for Aksai Chin.” The situation was further complicated with New Delhi’s issuance of maps showing Aksai Chin as part of India. Both the statement and the maps violated bilateral understandings about the LAC where the balance has traditionally been tenuous.

This is in sharp contrast to what India’s ambassador to Beijing, Vikram Misri, said in an interview. He described the August 5 decision as India’s “internal administrative reorganisation,” with “no external ramifications whatsoever… no implication for either the external boundaries of India or the Line of Actual Control with China.”

Pakistan has already made clear that there can be no normalisation unless India goes back to the pre-August 5 status quo on J&K. China has flagged the decision as complicating the boundary question, an issue on which India and China have already fought a war. In 2017, India’s current Chief of Defence Staff (and then Chief of Army Staff), General Bipin Rawat, talked about a two-and-half front war. That war, at least in theory, is now far closer to becoming a reality.

The observations from Pakistan’s perspective are interesting. The first is that even if Modi’s BJP does not get another term, other Indian political parties will be hard pressed to reverse the August 5 decision. India has got itself into a commitment trap. That puts paid to any meaningful bilateral movement.

The second observation is about how Modi’s ‘muscular’ government is trying to deal with the crisis against a much stronger adversary; kowtowing to China and hoping that it could contain any further westward move by PLA while trying to keep alive the ‘56-inch chest’ rhetoric on the domestic front.

The third is the obvious fact that General Rawat’s self-fulfilling wish is closer to coming true. He now has a hard LAC to contend with, even as the Indian Army remains nose-to-nose with Pakistan Army across the Line of Control. A hard LAC means just that: it’s not just about policing a border. It’s about military vigilance and defending a border.

One doesn’t need to understand military operations to figure out through common sense what that entails: it means substantial additional cost in men and material, constant presence in terms of deployments, support elements (armour, mechanised infantry, artillery, sappers, air support etc.). There’s no falling back now: troops will be rotated but Indian Army’s deployment will be permanent with new rules of engagement.

India’s new situation serves Pakistan well. A two-front war is never a preferred option for any state, not even a strong one. And in this case Indian Army has to contend with a superior adversary on one front and another that can match it well and may even surprise it. The last time India fought China, Nehru was smart enough to get US President John F. Kennedy and British Prime Minister Harold Macmillan to lean on Pakistan to stay out of the fray. Nehru even accepted, much to his chagrin and decidedly insincerely, to talk to Pakistan about Kashmir, the famous Swaran Singh-Zulfikar Ali Bhutto talks of 1962-63. 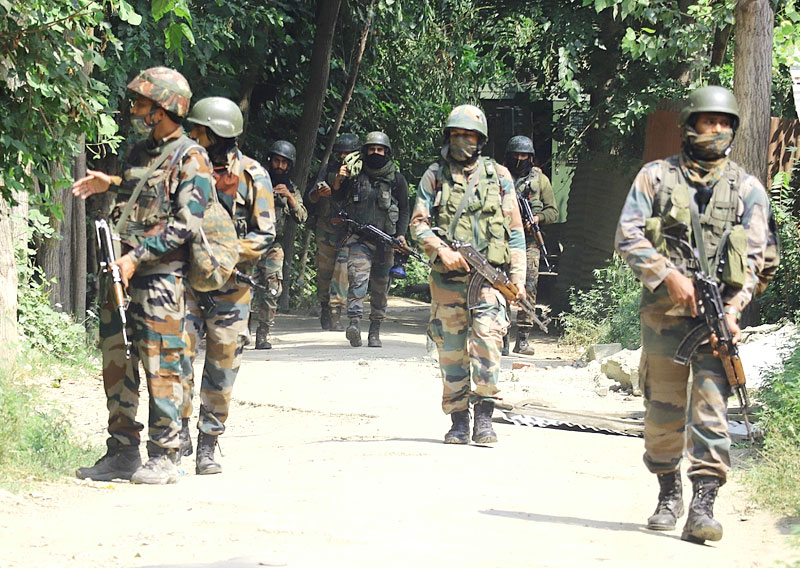 But 2020 is not 1962. Today, US-Pakistan relations are transactional and while Pakistan would not like to be in the Thucydides Trap in which the US and China may be getting caught, US has much less leverage with Pakistan today than when guests at the Mount Vernon state dinner in honour of President Ayub Khan enjoyed bourbon mint juleps and orange juice. There is no Mount Vernon dinner for a Pakistani prime minister and a walk with the US President. What JFK promised to Ayub Khan during that walk on July 11, 1961, is now part of history, as is his reneging on the promise that he would not sell arms to India without first consulting with Pakistan.

Also, unlike the 1960s, China and Pakistan are much closer today with shared strategic goals, including China’s Belt and Road Initiative. Both militaries have been conducting joint military exercises that are more than symbolic. They focus on combat interoperability at multiple levels and in different environments, including in the advanced electromagnetic spectrum. They understand each other’s way of operating, planning and execution.

Equally, India’s current government has left no space for a dialogue with Pakistan. This is very different from 1962. This is not to say that China is coordinating its actions with Pakistan, as some analysts in India have suggested. Neither is Pakistan thinking of opening another front for India. But things can, and do, change.

The essential point is about the choices Modi’s India is making. What serious thinkers in India need to consider is whether those choices are making India more secure. India has no viable military options against China in the foreseeable future. It can either throw in its lot with the US and live with a permanent standoff with both China and Pakistan or reset its relations in a cooperative framework for overall peace in the region. The choice is for India to make.

Meanwhile, as Vipin Narang and Christopher Clary have posited in a War on the Rocks article, ceteris paribus, India’s choices against China for now “range from bad, to worse, to truly ugly.”

(The writer is a journalist based in Lahore, Pakistan, with interest in defence and security affairs. He tweets @ejazhaider)