The Galwan incident will have far-reaching bilateral, regional, and global consequences 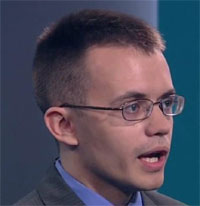 The Galwan incident that occurred between China and India near the Line of Actual Control (LAC) in early June carries with it extremely acute consequences on the bilateral, regional, and global levels. The world’s two most populous nations are destined to intensify their competition with one another at all levels irrespective of whatever they might say to the contrary. Both countries must recognise this inevitability, prepare themselves accordingly, but importantly retain reliable channels of communication in order to manage their rivalry as responsibly as possible given the mutually disastrous outcome of a conventional war by miscalculation that might easily spiral out of control.

Some observers were caught off-guard by the Galwan incident since they had hitherto taken the platitudes that each country’s representatives occasionally expressed about peace, cooperation, and the like at face value, overlooking the actual rivalry between the two that was always simmering. The details of the Galwan incident are still disputed, namely the course of events that sparked this clash and the number of casualties on the Chinese side, but some significant insight can still be inferred based on the information that’s already available in the public domain. Simply put, the classic security dilemma between these two countries became too tense and required a catharsis to relieve some of the pent-up pressure.

India believes that China is attempting to encircle it through the Belt and Road Initiative (BRI), especially its flagship project of the China-Pakistan Economic Corridor (CPEC), to say nothing of New Delhi’s fear that Beijing dominates Brazil, Russia, India, China, South Africa (BRICS) and Shanghai Cooperation Organisation (SCO)—multilateral organisations of which they’re both a part. China, meanwhile, has come to view India as an American proxy for containing it, especially since both of them oppose BRI. What’s more, India agreed to the controversial Logistics Exchange Memorandum of Agreement (LEMOA) military logistics pact that Beijing fears might eventually become a full-fledged military alliance. US President Donald Trump declared in February of this year during his visit to New Delhi that the US and India are now in a ‘comprehensive global strategic partnership’.

Under these very tense conditions, it was only a matter of time before the two came to blows along their disputed frontier. India’s abrogation of Article 370 last August and reaffirmation of its claims to whole of Kashmir caused concern in China that its neighbour might one day plan a military adventure to recapture Aksai Chin. These concerns prompted Beijing to regard New Delhi’s construction of crucial military logistics roads near the LAC as a step in the direction of such a scenario, one which might even have an unclear degree of American backing considering their new ‘comprehensive global strategic partnership’. This explains why China reacted as it did to India’s recent military moves near the LAC prior to the Galwan incident.

The security dilemma that was just described is seemingly insurmountable since the personal bonhomie between the Chinese and Indian leaders over the past few years obviously failed to trickle down and convince their respective permanent military, intelligence, and diplomatic bureaucracies (‘deep states’) that the other shouldn’t be regarded as a threat. Now that more blood has been spilled on their de facto border than at any other time in the past half-century, there’s close to no chance that their societies will trust their neighbour’s government anytime soon. This will create serious grassroots pressure upon both of them, especially India, to save face before their populace and not be perceived as conceding to the other.

For these reasons, the Chinese-Indian rivalry is expected to play a defining role in shaping regional events in South Asia in the future. The resultant Indo-Sino Cold War will see each of them attempt to woo the comparatively smaller states between them to their side through a variety of means, ideally economic and diplomatic but potentially even up to the point of hybrid war or military pressure. The relevant scenarios can only be speculated upon at this time and aren’t within the ambit of this analysis, but it’s enough to recognise this recently exacerbated regional dynamic since it also creates space for third parties such as the Gulf states, Japan, Russia, and the US to present themselves as attractive ‘balancers’ between those two.

This recently intensified rivalry is a subset of the larger New Cold War between China and the US but is its most important geopolitical theatre because of the stakes at play, especially considering the fact that both China and India are nuclear-armed states that border one another and are engaged in several decades-long unresolved territorial disputes. As the US undertook its so-called ‘Pivot to Asia’ (P2A) from the Mideast to East Asia, it was only natural that it would strategically transit through South Asia and even use this as its centre of hemispheric operations for geopolitical reasons.

Although the most theoretically ideal scenario for some, such as the author himself, would be for China and India to prevent third parties such as the US from worsening their problems for their own selfish reasons at their expense, quickly resolve their many differences, and combine their capabilities to jointly preside over the rise of the so-called ‘Asian Century’. However, that scenario is almost impossible at this point as a result of everything that was already explained. The antithesis of that now-discredited thesis would be for them to take their rivalry to the extreme and potentially to the brink of open warfare with time, but that’s equally unlikely because of how mutually disastrous it would be and why a synthesis is the most probable scenario.

While one shouldn’t discount the possibility of proxy wars breaking out in the region (especially Nepal), it’s more likely that their competition will remain somewhat manageable and mostly in the economic realm. China’s BRI will likely come up against invigorated competition from the joint Indo-Japanese Asia-Africa Growth Corridor (AAGC) in the event that the US strongly backs it through the 2018 BUILD Act. The Gulf states and even Russia might also participate in the AAGC, though Russia would be careful to present this possibility as a friendly attempt to ‘balance’ between that initiative and BRI so as not to provoke suspicion from China about its intentions. Keeping their competition mostly economic would be the best scenario for both China and India.

It’s admittedly impossible to forecast the exact details of the intensified Indo-Sino Cold War that’s expected to follow the Galwan incident but prognosticating its general parameters can help decision makers in both countries better prepare themselves and their people for what seems destined to unfold in the coming years. Amidst all of this, the information war between the planet’s two most populous countries is also predicted to intensify in parallel with their diplomatic, economic and military rivalries, which will engulf the South Asian region and soon the whole world. The competition between China and India is so geostrategically significant that it’s predicted to become one of the defining elements of international relations in the next few decades.

(The writer is a Moscow-based American political analyst specialising in the relationship between the US strategy in Afro-Eurasia, China’s Belt and Road Initiative, and Hybrid Warfare. His views are his own and don’t represent any other people, outlets, or institutions.)