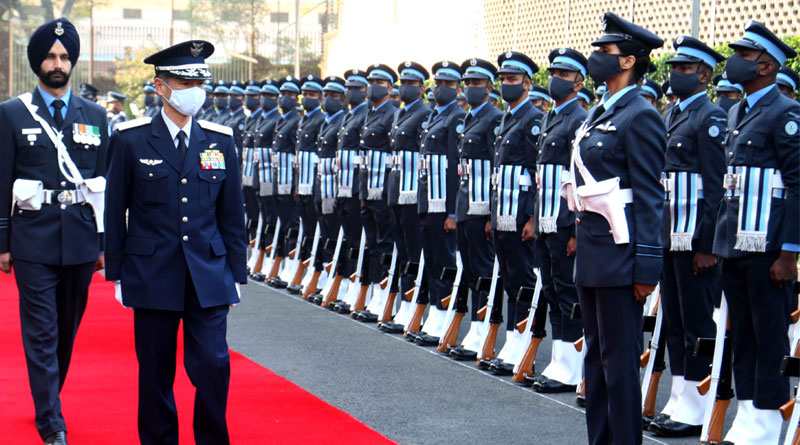 General Izutsu Shunji, Chief of Staff, Japan Air Self Defense Force (CoS-JASDF) arrived in India on 9 December 2020 on a formal invitation from Air Chief Marshal RKS Bhadauria PVSM AVSM VM ADC, Chief of the Air Staff (CAS), Indian Air Force. In a statement, the Air Force said that besides being hosted at Air Headquarters by the CAS, the CoS-JASDF called on Defence Minister Rajnath Singh at his office and held meetings with the chiefs of all three of India’s armed forces.

On his arrival at Air Headquarters, CoS-JASDF was presented with a Guard of Honour. In subsequent discussions, CAS and CoS-JASDF recognised the progress made in defence ties between India and Japan and discussed avenues to further enhance cooperation and interoperability between the two Air Forces. They also discussed scope for enhancement of joint exercises and training between the two Air Forces. A broader cooperation for strengthening collective response to HADR contingencies was also discussed.

“Overcoming the unprecedented challenges posed by COVID-19, the visit reaffirms the deep rooted commitment to maintain and strengthen the relationship between the Air Forces,” the statement added.