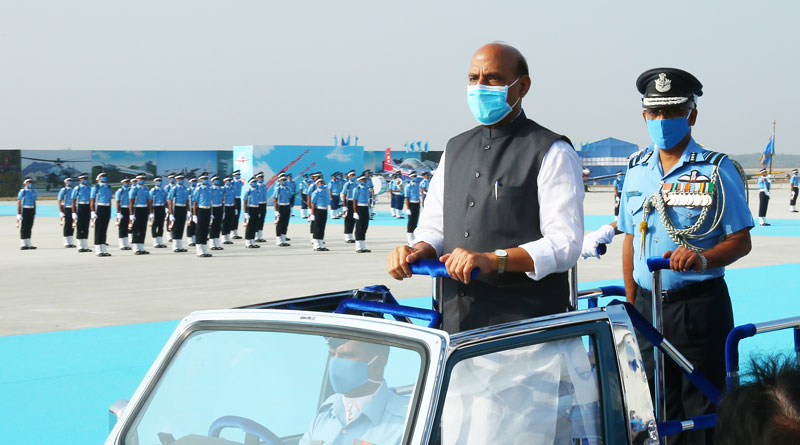 A Combined Graduation Parade (CGP) was held at the Air Force Academy, Dundigal, on 19 December 2020, which marked the successful culmination of Training for 114 Flight Cadets of Flying and Ground Duty Branches in the Indian Air Force.

Defence Minister Rajnath Singh was the Chief Guest and Reviewing Officer of the Passing out Parade, where he conferred the ‘President’s Commis ion’ on the graduating Flight Cadets who successfully completed their professional training.

The Reviewing Officer was received by Air Chief Marshal RKS Bhadauria PVSM, AVSM, VM, ADC, Chief of the Air Staff. He was presented with a Ceremonial Salute by the Parade followed by an impressive March Past. The highlight of the Parade was the ‘Pipping Ceremony’ in which the graduating Flight Cadets were awarded their ‘Stripes’ (Air Force Rank) by the Chief Guest. The conduct of the event adhered to COVID protocols.

The newly commissioned Officers were then administered the ‘Oath’ by the Commandant of the Academy in the presence of the Reviewing Officer and other dignitaries. A synchronised Fly Past during the Ceremonial Salute and ‘Antim Pag’ (Last Step) added colour and cheer to the ceremonial setting, wishing them a successful career, in true IAF style.

Addressing the Parade, the Reviewing Officer complimented the newly commissioned ‘Flying Officers’ for their immaculate turn out, precise drill movements and high standards of Parade. Congratulating the passing-out Cadets, the Reviewing Officer said that “You are going to be part of an organisation which has had a glorious history. The Indian Air Force has always displayed indomitable spirit and valour to protect the Sovereignty and Integrity of the Nation”. He added that “Modern Warfare is undergoing constant changes and we need to keep ourselves abreast to confront any challenges”.

The grand ceremony culminated with the newly commissioned officers marching-out in two columns in slow march to the traditional notes of ‘Auld Lang Syne’ , the poignant farewell tune played by Armed Forces ofthe world when bidding adieu to colleagues and comrades, acknowledging the first salute given to them by their immediate juniors. The newly commissioned officers then passed through the portals from where the best pilots and ground duty officers of the IAF have begun their journey to take-on future assignments and challenges.

A press statement said that the Combined Graduation Parade holds a special place in the heart of every Air Force officer, as on this particular day they pledge to safeguard the security, safety, sovereignty and honour of the country. 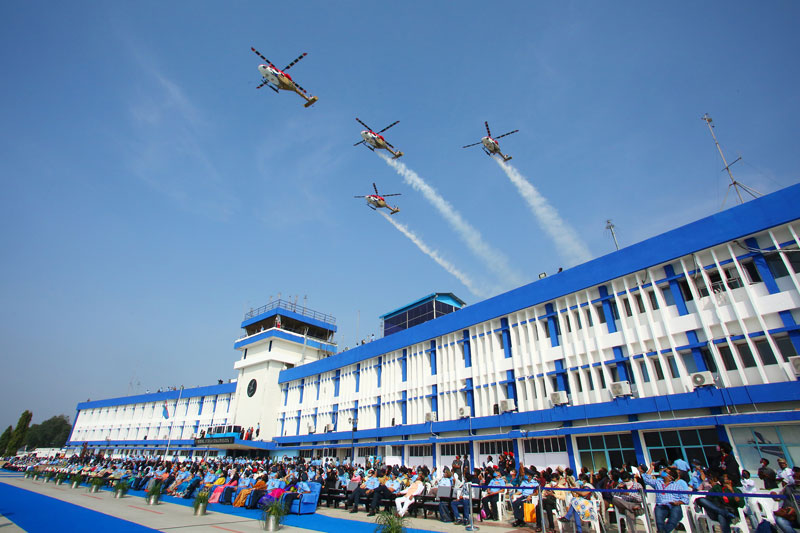 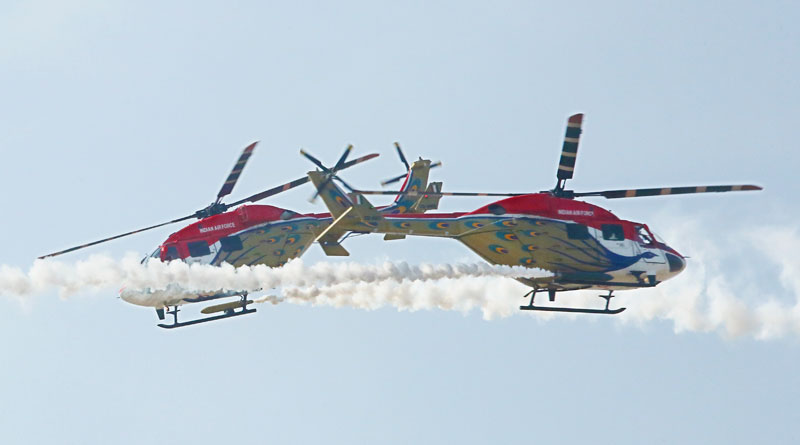