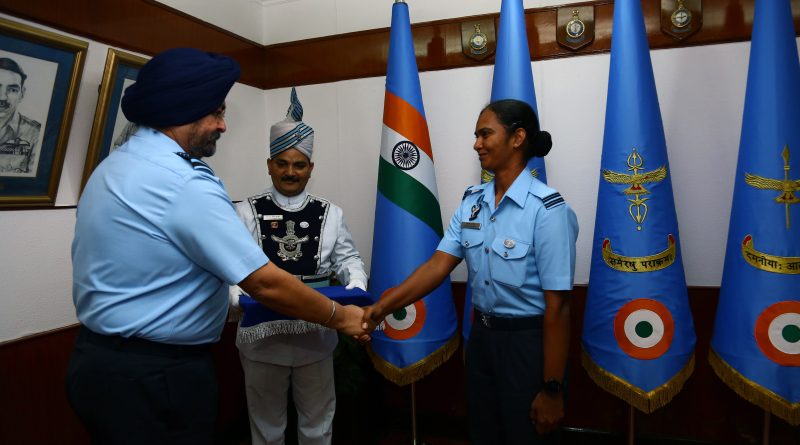 ICC Women’s World Cup was held at England from June 24 to July 23. Flt Lt Shikha Pandey played a pivotal role in the tournament for the Indian team to reach the final after a gap of 12 years. She took three wickets against South Africa and two wickets against England in the league matches. In the semi final against Australia, she took two wickets for 17 runs.

Flt Lt Shikha Pandey was commissioned in the IAF on 30 June 2012 as an Air Traffic Control Officer. She made her international debut in ICC T-20 World Cup which was conducted in Bangladesh in 2014. Since her debut, she has been a regular member of Indian Women’s Cricket team. She is the first lady officer from the Services to represent the Indian Cricket team.