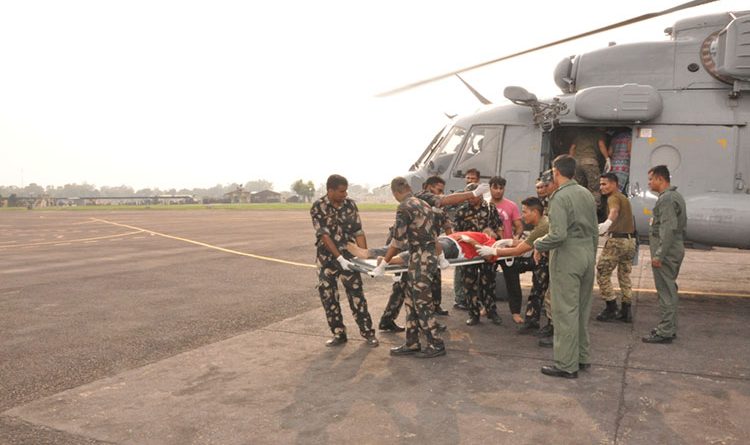 On July 16, Air Force station Jammu was tasked for casualty evacuation of passengers on board the passenger bus which accidentally tripped down in the valley between Ramban and Banihal.

The task was assigned to AF Stn Jammu and AF Stn Udhampur at 1515 hrs to launch MLH fleet helicopters for transporting the injured (20) and the dead (14) to Jammu. Immediately the first Mi-17V5 was launched from Udhampur at 1534 hrs which carried 12 injured persons to Jammu. The second Mi-17 1V was launched at 1657 hrs from AF Stn Jammu which carried eight injured persons to Jammu.

The third helicopter Mi-17V5 was launched from Udhampur at 1730 hrs and landed at Jammu at 1835 hrs carrying 16 dead bodies (14 Males + 02 Females) to Jammu. The state government responded to the situation in time with dedicated effort and sufficient number of ambulances to carry the injured promptly to the hospital and the dead bodies to the mortuary.