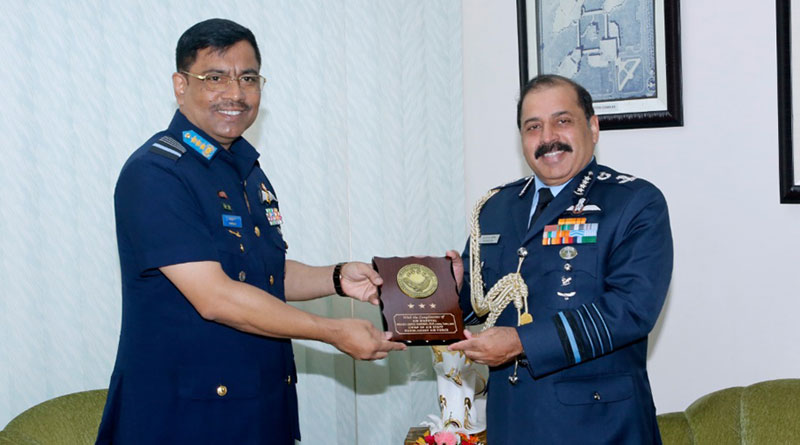 The two-day visit was highly significant in view of the Golden Jubilee of the historic victory in 1971 War for Liberation of Bangladesh. This occasion also marks the first instance when any foreign Chief was invited to review the Parade as the Chief Guest—a re-affirmation of the strong bonds of friendship and trust between India and Bangladesh and their Armed Forces.

While addressing the graduating trainees on parade, CAS complimented them for an excellent parade and noted the rapid progress being made in all aspects of military level interactions, with bilateral defence cooperation having become an important pillar in the deep historical and fraternal ties between India and Bangladesh. The CAS described this event as a reflection of the excellent state of professional relationship between the two Air Forces based on mutual trust and understanding. He expressed confidence that his presence in BAFA during this historic 50th year of Liberation War would reinforce the already strong and multi-dimensional partnership between the two Nations.

During his stay in Bangladesh, the CAS held discussions with his host, the Chief of Air Staff Bangladesh Air Force as well as the Chief of Army Staff and Principal Staff Officer, Armed Forces Division; wherein matters of mutual interest and avenues to further strengthen the all-encompassing defence cooperation were discussed. He also interacted with the High Commissioner of India, HE Vikram K. Doraiswami during his stay in Dhaka.