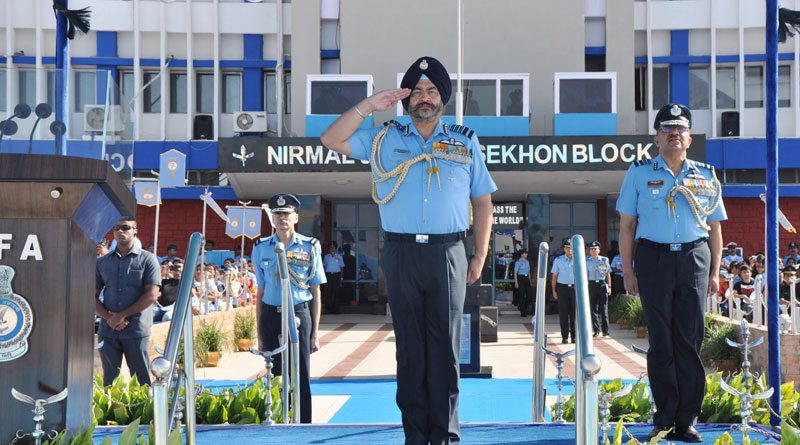 152 cadets were awarded the President’s Commission as they passed through the portals of the Academy parade ground. Chief of the Air Staff reviewed the parade and addressed the graduating course wherein he complimented the cadets on their exceptional drill standards and impeccable turn out.


The Air Chief Marshal congratulated the officers from friendly foreign countries and those from sister Services for the successful completion of their training. He appreciated all the proud parents for having supported and encouraged their wards to pursue their dreams of a career in the IAF.

He stressed upon the immense trust and confidence that the service reposes in the newly commissioned officers and their capabilities. The CAS also mentioned the pride he felt in reviewing the Parade and made a special mention of the award winners.