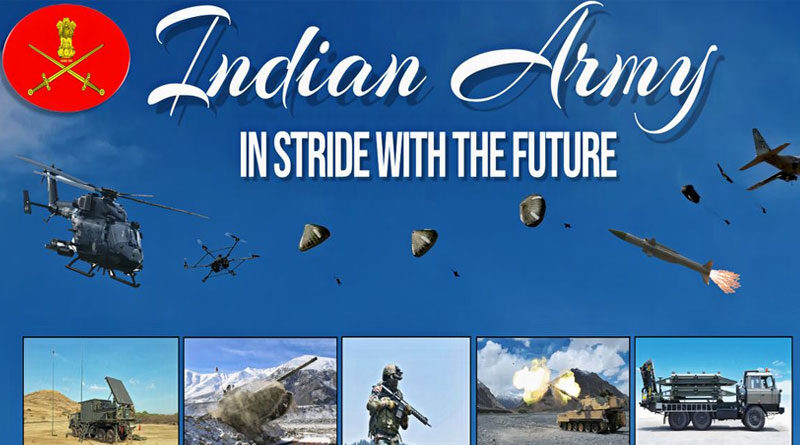 Bengaluru will host the upcoming Army Day Parade on 15 January 2023, keeping in tune with the decision of holding such ‘events of national importance’ outside the national capital in order to give wider visibility and participation of citizens.

The Army Day Parade on January 15, signifies the formal taking over of the Indian Army by its first Indian Commander-in-Chief, Field Marshal KM Cariappa on 15 January 1949 replacing his British predecessor. While the conduct of this historical event at Bengaluru is in recognition of the valour, sacrifices and services of the people of southern India for the nation, it is also a tribute to Field Marshal KM Cariappa who hails from Karnataka.

Over the next one month, the Indian Army has planned an extensive outreach campaign so as to strengthen the bond with the citizens by organising events with school/college students, remote villages and people from all walks of the society.

Chief of the Army Staff General Manoj Pande will lay a wreath at Bengaluru to honour the fallen heroes and review the Army Day Parade on 15 January 2023. The parade, while highlighting the military prowess of the Army will also showcase Indian Army’s efforts to transform into a future ready, technology driven, lethal and agile force. Along with the marching contingents & military bands, adventure activities like motor cycle display, para motors and combat free fall will be organised to inspire the younger generations. A number of gallantry awards and Unit Citations will also be awarded by the army chief in recognition of the valour and meritorious service of Army personnel and units. As a prelude to the Army Day 2023, the Southern Command Investiture Ceremony is also being held at Bengaluru on 13 January 2023, wherein Army Commander, Southern Command, Lt Gen AK Singh will present distinguished service awards to army personnel.

A series of events showcasing the Indian Army’s commitment to nation building is planned by army units of the southern command over the next one month with holistic participation of citizens from all sections of the society. “Southern Star Vijay Run – 2022” (Theme – Run For Soldiers – Run With Soldiers) was conducted on 17 December 2022, in commemoration of Vijay Diwas, as a Curtain Raiser event wherein over 50,000 personnel participated across 18 stations (Jaisalmer, Jodhpur, Ahmedabad, Bhuj & Alwar, Bhopal, Secundrebad, Jhansi, Gwalior, Chennai, Bangalore, Belgaum, Wellington (TN), Pune, Nasik, Nagpur, Ahmedabad & Mumbai) in Southern Command simultaneously.

Indian Army urges active participation of people from all sections of society in the various events being conducted in the run up to the Army Day Parade.