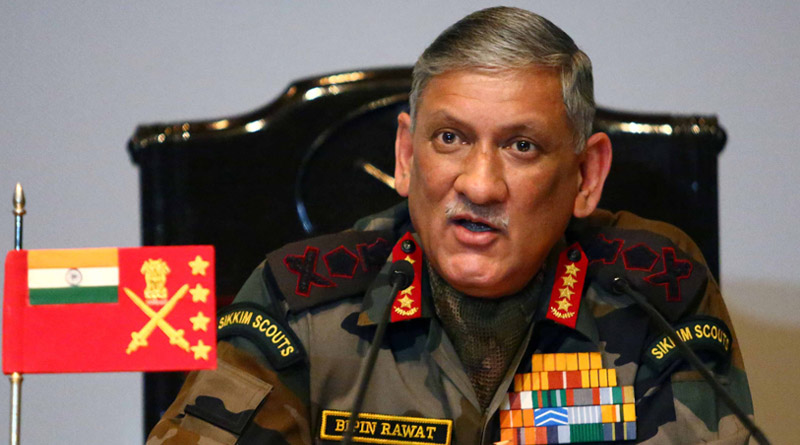 Chief of Army Staff, General Bipin Rawat said that he supported the deportation of those who have entered illegally

Backing the much-debated National Register of Citizens of India (NRC) report, Chief of Army Staff General Bipin Rawat, in an interview with Times Now on November 21, said that illegal migrants in the country needed to be deported and that political parties opposing the NRC are undermining national security.


The COAS said that certain political parties were helping illegal immigrants stay in the country. “There are some organisations which have amalgamated them into the system. There are others who have come in illegally who do not have citizenship, but there are some people who are trying to get them citizenship.” he added.

The National Register of Citizens (NRC) is the list of Indian citizens of Assam. It was prepared in 1951, following the census that year. The process of NRC update was taken up in Assam as per a Supreme Court order in 2013 in order to wean out cases of illegal migration from Bangladesh and other adjoining areas. For the latest report, the time period for filing claims to be included in the NRC will end in three weeks.

Earlier in February, speaking at a seminar organised by the Centre for Joint Warfare Studies and Headquarters Integrated Defence Staff of the MoD, General Rawat questioned the rise of All India United Democratic Front (AIUDF) founded by Maulana Badruddin Ajmal in 2005 and said that the party has ‘grown in a faster time-frame than the BJP has grown over the years’.

“When we talk of Jan Sangh, with two members of Parliament and where they have reached, AIUDF is moving at a faster pace in Assam. Finally, what will be the state of Assam, we have to take a call.” he said.

When asked about the accusations against the army over human rights abuses and fake encounters, General Bipin Rawat defended the Indian Army and stated that the allegations for the same were false. He also called for investigations against individuals and organisations ‘filing false cases against soldiers with an intent to malign the institution’.