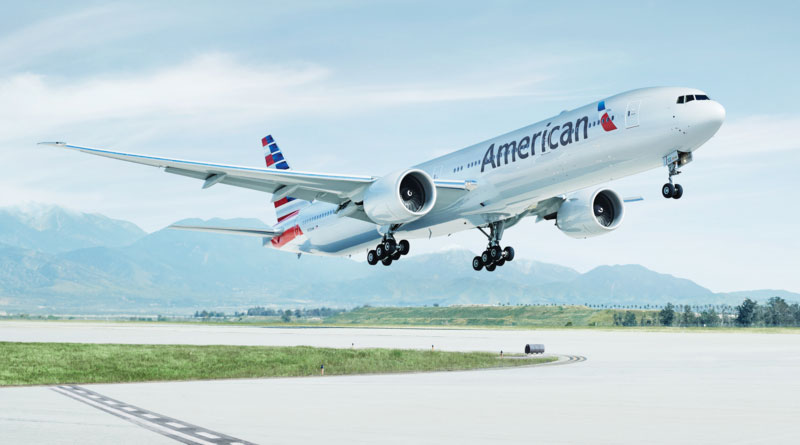 A press statement from Boeing stated, “American’s customers are now able to book travel beyond Delhi on two of IndiGo’s domestic routes, Bangalore (BLR) and Mumbai (BOM), providing a convenient option for customers arriving on American’s New York (JFK)- Delhi (DEL) flight. American and IndiGo plan to expand the codeshare in the near future to include more than a dozen additional destinations in India.”

“IndiGo is a premier Indian carrier and through our codeshare agreement, customers can book travel on IndiGo via Delhi to and from two of India’s most popular destinations, Bangalore and Mumbai,” said American’s Vice President of Global Alliances and Partnerships, Anmol Bhargava. “Our partnership with IndiGo furthers our mission to build a leading global network, which includes an average of more than 375 daily flights to more than 110 international destinations this summer.”

The press statement further stated that with the new codeshare agreement, members of American’s AAdvantage loyalty programme now earn miles when traveling on American codeshare flights operated by IndiGo. Customers who aren’t yet members of the award-winning AAdvantage programme can enrol and enjoy immediate benefits such as Group 6 boarding on flights operated by American.”

“We are pleased to embark on this flight plan with American Airlines, one of the world’s largest and most reputed airlines. We are confident that this strong partnership will create many opportunities for trade and tourism through IndiGo’s seamless nationwide connectivity,” said IndiGo’s Chief Executive Officer, Ronojoy Dutta. “We look forward to having American’s customers on our lean clean flying machine, as we extend to them our on-time, affordable, courteous and hassle-free travel experience across a wide network within India.”

IndiGo, India’s largest airline by the number of passengers carried is based in Gurgaon, Haryana, India. With its fleet of more than 275 aircraft, the airline operates more than 1,600 daily flights, connecting 75 domestic destinations and 25 international destinations. Since the inception of the airline in 2006, IndiGo’s 23,000 employees have professionally served more than 300 million customers.