Searching for an Indian Role for SOF 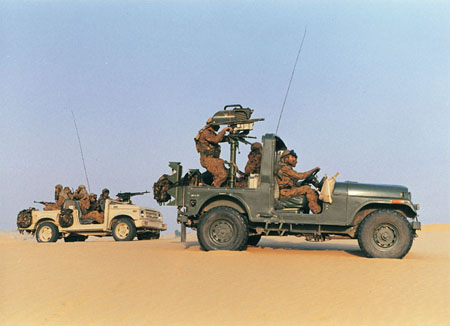 These are small-scale, clandestine operations of an unorthodox and high-risk nature which are undertaken to achieve significant political and military objectives. Planning for such operations should somewhat be at par with that for a nuclear war, because in both operations, risks are extraordinary and outside help is not available should the operations go badly, hence meticulous planning before the event provides flexibility. It is, therefore, necessary that the utility of Special Operations Forces (SOF) should be well understood by the political leadership and the military planners alike.

Missions unique to the SOF

These include a need to secure and update real time intelligence on enemy targets not accessible to airborne and space sensors; to establish and maintain personal contact with people in enemyoccupied territory; to help direct accurate fire on enemy’s strategic and high-value military targets; to wage unconventional warfare, as guerrillas and counter-guerrillas; and to execute clandestine, and hence deniable tasks in enemy territory.

Though these missions are not unique to the SOF, they tend to do them rather well. These include acting as a force multiplier for the rest of the armed forces; raising friendly morale by daring deeds; sending a political message by demonstrating the will and ability to strike painfully; reassuring the public that something is being done; seizing the initiative, if only briefly, to put the enemy on the defensive; deceiving, distracting and disrupting the enemy at low cost; capturing and retrieving small numbers of people or physically small items of equipment from enemy territory; and controlling escalation.

These include causing attrition in large numbers, and to seize and hold ground.

There are some missions which the SOF are unable to accomplish, such as defeating large enemy forces on their own, and to win mid- and high-intensity conflicts on their own. The SOF, however, can generate great strategic use in such conflicts, but those conflicts are team efforts.

Considering the above missions are assigned to the SOF worldwide, India must decide missions for its SOF provided two basic criterions are met at all times. First and foremost, the SOF, as far as possible, should not be employed within the country. For example, the SOF should not be routinely used in Counter- Terrorism (CT) tasks. Unfortunately, commanders worldwide tend to misuse SOF for a variety of reasons, prominent amongst them being: a sense of invincibility within the SOF which encourages acceptance of all assignments; the need for reliable forces which leads commanders to neglect the fact that some elite units are also special; and an urge to minimize own casualties in CT tasks which will be much more if regular infantry is employed. Moreover, when a war is going badly, elite-special units often find themselves assigned desperate jobs suitable to their warrior virtues, though not to their numbers, their firepower, or their ability to absorb high casualties. The case in point is the employment of the SOF in Infantry-Commando role during the 1999 Kargil war with Pakistan. The SOF is not meant to compensate for weaknesses in the regular forces. In purely military terms, the SOF is valuable in reconnaissance and special offensive missions undertaking such tasks deep inside the enemy territory as would facilitate the overall plan of the commander.


The other criterion is that the SOF operations should be planned at the highest level. An SOF unit or sub-unit must not be treated like a commando platoon of an Infantry battalion, which is used for tactical missions. SOF must be employed for missions, which directly or indirectly help achieving the strategic objective. For this reason, planning of SOF operations should be undertaken at the very outset of a campaign and, more often than not, they form part of ‘shaping the battlefield’ phase, which is to set the stage for the operational and tactical level battles that will follow. Depending on the task, its national or international implications, a prior approval of the Cabinet Committee on National Security may be necessary. The SOF, after all, is a national security asset. For a full exploitation of the SOF, at least, six steps are necessary. First, there must be an understanding of the SOF capability by the political leaders and government officials who are charged and concerned with national security. Second, appointment of a Chief of Defence Staff would result in taking an impartial view and will help to systematically plan the development and synergisation of SOF with all three services. Third, failing this, there must be a complete unity of purpose and unanimity of opinion between the three service chiefs on this important aspect of force development. This may prove to be the most difficult of the steps and the government may have to step in. Fourth, development of an international standard SOF must be designated as a National Project with a fixed period of, say 10 years. Fifth, a Joint Services Project Management Group would need to be appointed to conceive, plan, budget, oversee and execute the project. And finally, the government must understand that all this would cost money, and therefore, not grudge the same.

2 thoughts on “The XYZ of Special Operations”