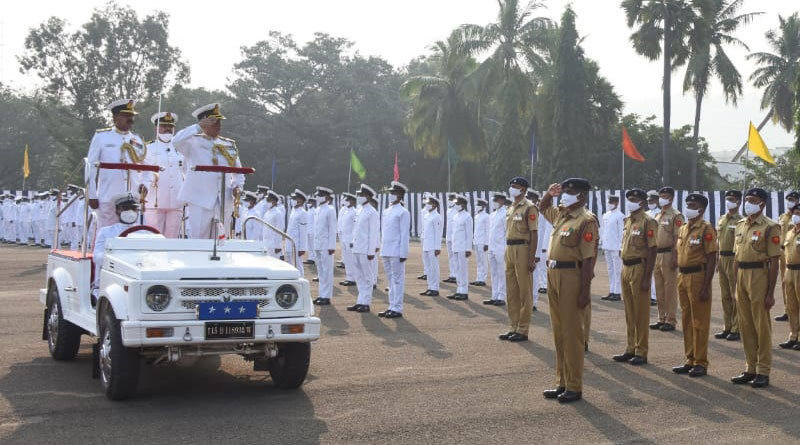 Vice Admiral Biswajit Dasgupta assumed charge as the Flag Officer Commanding-in-Chief (FOC-in-C), Eastern Naval Command (ENC) at a ceremonial parade held at the Naval Base on 1 December 2021. Vice Adm. Dasgupta inspected the Ceremonial Guard and reviewed platoons of naval personnel drawn from various ships and establishments of the ENC. The ceremony was attended by all Flag Officers and Commanding Officers of ships, submarines, and establishments.

Vice Adm. Biswajit Dasgupta is an alumnus of National Defence Academy. He was commissioned into the Indian Navy in 1985 and is a specialist in Navigation and Direction. He is a graduate of Defence Services Command and Staff College, Bangladesh, Army War College, Mhow and National Defence College, New Delhi.

He has held other operational, training and staff appointments such as Commander Work Up at Headquarters at Indian Naval Work up Team (Kochi), Directing Staff at the Defence Services Staff College (Wellington), Officer-in-Charge of the Navy’s Navigation and Direction School, Naval Assistant to the Chief of the Naval Staff and Fleet Operations Officer of the Western Fleet.

Vice Adm. Dasgupta was the Chief of Staff, Eastern Naval Command since June 2020 prior to being elevated as the Commander-in-Chief.