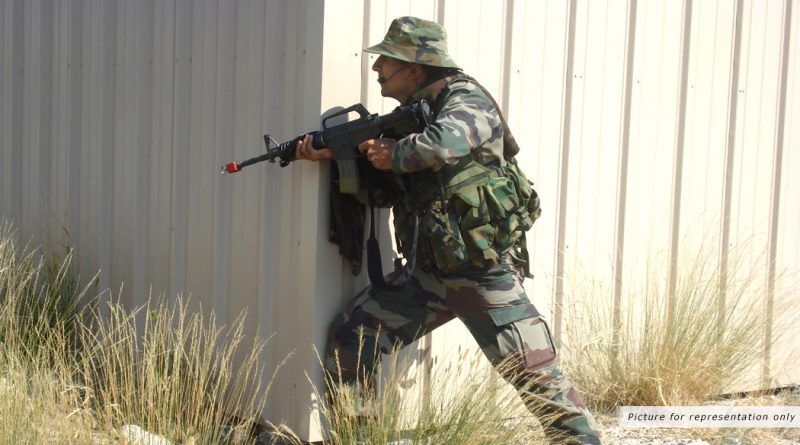 Two terrorists firing indiscriminately ran towards the position of Garuds.

Two Indian Air Force Garuds, part of a joint security team were martyred in a gunfight during Combined Cordon and Search Operation in Hajin Village of Bandipora district, Kashmir. The Garuds were operating with the Army.

On the night of October 10, an Intelligence report was received by Army, which conveyed that 5-6 terrorists were hiding in a house in Hajin village. The joint team laid a cordon around the house today at 0400 hours. Terrorists ran out of the house lobbing grenades and firing indiscriminately towards the cordon party. Two terrorists firing indiscriminately ran towards the position of Garuds who challenged them and killed two terrorists. In the intense operation two IAF Garuds {Sergeant Khairnar Milind Kishor and Corporal Nilesh Kumar Nayan} sustained serious multiple bullet injuries and were evacuated to Base Hospital, Srinagar where they succumbed to the injuries and were martyred.