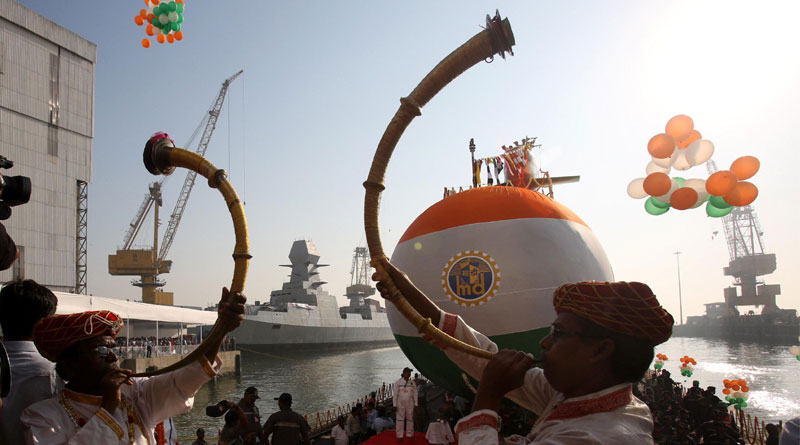 In a significant departure from the first two submarines, the Navy would be fully self reliant in training and certification processes from the third submarine onwards.

Part of the ‘Make in India’ policy, the submarine was towed to Mumbai Port Trust, for separation from the pontoon and will now undergo rigorous trials and tests, both in harbour and at sea before it is commissioned into the Navy.

During his address, Admiral Sunil Lanba, said that the launch of Karanj marked a significant departure from the manning and training philosophy that was adopted for the first two submarines and added that from third submarine onwards the Navy would be fully self reliant in training and certification processes. He also mentioned that the old Karanj had served the nation for 34 years from 1969 to 2003 including participation in the 1971 war.

The submarines will have superior stealth features such as advanced acoustic silencing techniques, low radiated noise levels, hydro-dynamically optimized shape and the ability to launch precision guided weapons. The attack can be launched with both torpedoes and tube launched anti-ship missiles, whilst underwater or on surface. The stealth of this potent platform is enhanced by the special attention given to various signatures.

Scorpene submarines can undertake multifarious types of missions like anti-surface warfare, anti-submarine warfare, intelligence gathering, mine laying, area surveillance. Karanj is designed to operate in all theatres, with means provided to ensure interoperability with other components of a Naval Task Force.