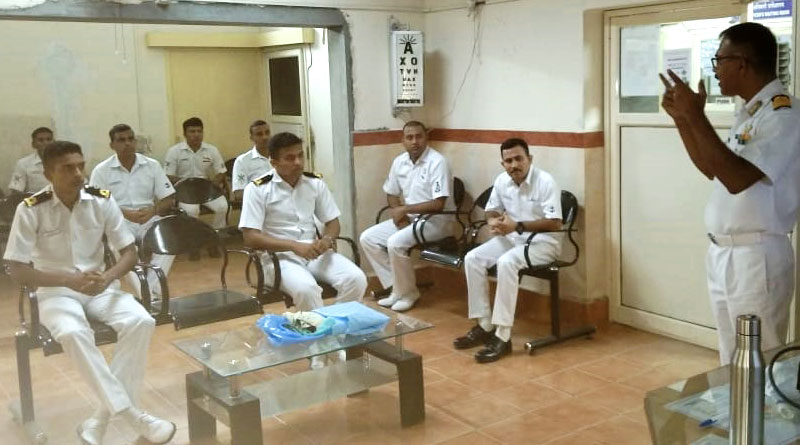 10 teams of Battle Field Nursing Assistants, comprising of non-medical personnel have been readied at Kochi to help medical staff should the situation become overwhelming

Headquarters Southern Naval Command has prepared one of its training units at Kochi as the Corona Care Centre (CCC) for 200 Indian citizens being airlifted by Government of India from different parts of the world back to India as directed by the Govt. earlier.

“The two facilities have been prepared as per existing directives of requiring dedicated and isolated food, toilets, medical waste management and recreational arrangements for 14 days. The CCC will be administered by a group of officers and personnel and a separate Medical Care Centre of Indian Navy doctors and nursing staff, who would conduct the medical aspects of control of the patients, read an official statement from the Indian Navy, adding that the medical protocols “promulgated by Ministries of Health are being strictly adhered to.”


Ten teams of Battle Field Nursing Assistants (BFNA), comprising of non-medical personnel have been readied at Kochi to help medical staff should the situation become overwhelming. Such BFNA teams are being readied at all other stations under SNC as well.

In addition to this, special sanitization drives of public areas and education of personnel including families is being undertaken.

The Indian Navy has implemented ‘stay wherever you are, no travel’ policy with regards to its personnel on leave or temporary duty.

Consequent to the announcement of the 21 days national lock down, Southern Naval Command (SNC) has taken a slew of measures in consultation with the state Government and Naval Headquarters aimed at two pronged strategy to counter the contagion COVID-19.