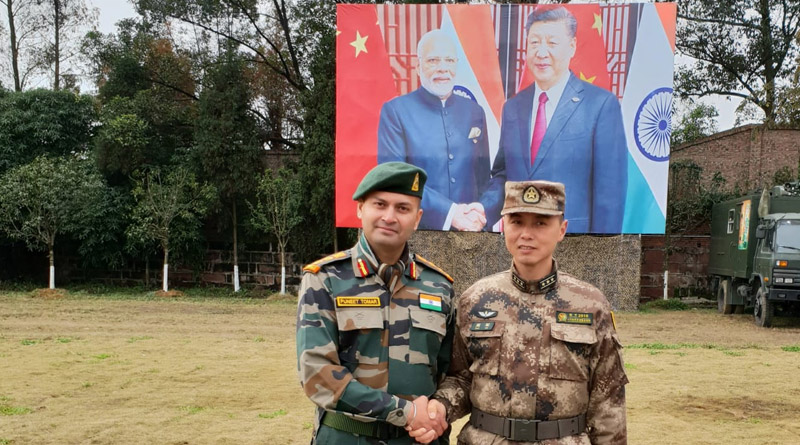 Company size contingents of 11 SIKHLI from Indian Army and a regiment from Tibetan Military District of People’s Liberation Army are taking part in the exercise.

Major General Kuang Dewang, senior representative of joint training from PLA, reviewed the parade in presence of a number of officials from both nations.


The exercise will consist of a balance of indoor classes and outdoor training activities. The aim of the exercise is to build and promote close relations between armies of both the countries and to enhance ability of the joint exercise commander to take military contingents of both nations under unified command.

The exercise will involve tactical level operations in an international counter insurgency/ counter terrorism environment under UN mandate. Sino-India ties have been on the rocks since the Doklam standoff and this exercise will hopefully serve as a confidence building measure between the armies of the two countries.