Space for liberals is fast shrinking in today’s Kashmir and to curb dissension, bullets seem the favoured answer

Srinagar: One of most abiding mysteries of Kashmiri politics is the love state’s Separatist (and without exception conservative Muslim) politicians have for the Indian right-wing politicians. From the weaver of fantastical and expansive Kashmiri narrative, Professor Abdul Ghani Bhat to reticent and forever hedging his bets, Mirwaiz Umar Farooq, the common refrain is that the Bharatiya Janata Party-led government is more likely to resolve the Kashmir issue than the Congress-led. 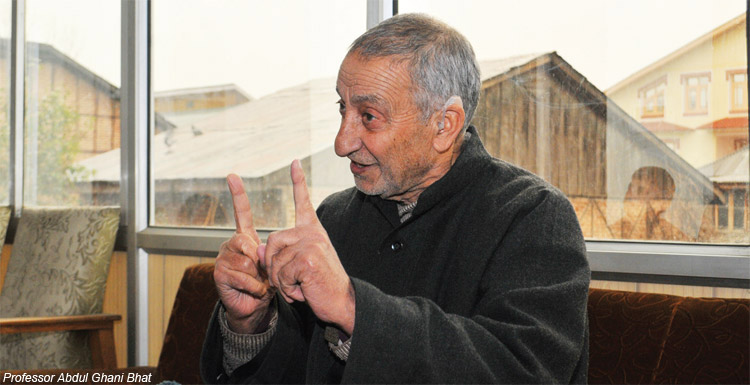 Recently, the president of People’s Democratic Party (PDP), Mufti Mohammed Sayeed (whose only stint as the state chief minister was in an alliance with the Congress party a few years back) lent his voice to the chorus. In a media interaction in Srinagar, Sayeed said that BJP-led NDA government had a better understanding of the Kashmir issue than the Congress and that it took greater steps towards resolution, quickly fanning speculations that the party is seeking some sort of an agreement with the BJP before the General Elections. Interestingly, till autumn 2013, Sayeed (a former Congressman himself and Union home minister) has consistently refuted any truck with the BJP, calling Congress his ‘natural ally’. But with Congress deciding to go along with the current political partner and PDP rival, National Conference, apparently Sayeed was forced to find virtue where earlier he saw none.

Given these political compulsions, his playing footsie with the right-wingers can be explained as opportunism. But what can be the reason for the Separatists to see virtue in the party whose professed position is abolition of Article 370 which gives Jammu and Kashmir (J&K) the special position in the Indian Constitution?

Both Prof. Bhat and Mirwaiz struggled to put in definitive words why exactly they favour the BJP or why they thought Prime Minister Atal Behari Vajpayee was a better leader on Kashmir than his successor Manmohan Singh. Though FORCE met the two Hurriyat leaders on different days, their struggle to find the right words and the eventual answer was identical. Perhaps, this is Hurriyat’s official position.

The reasons for their support ran along these lines: “Vajpayee started the talks with Pakistan, despite the Kargil war; he said he was willing to talk about Kashmir within the sphere of humanity (as opposed to ‘within the Indian Constitution’); in his musings from Kerala, he spoke about Kashmir with sincerity; he met up with leaders like him (Prof. Bhat) and was open to listening to their ideas; he allowed them to visit Pakistan and meet the political dispensation there. In comparison to this, Manmohan Singh’s government did nothing.” 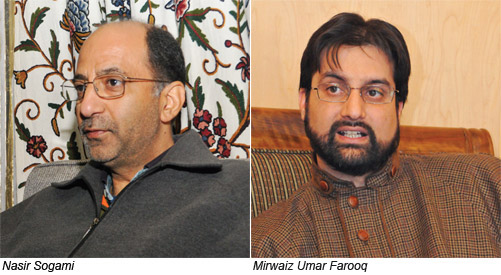 On grounds of facts alone, these assertions do not square up. When Vajpayee spoke about discussing Kashmir within the limits of humanity, his party was quick to point out that he did not mean outside the Constitution of India. Despite his Summit meeting in Agra with Pakistan President Musharraf after the Kargil war, nothing much came out of it, with the latter going on record to say that someone within the Vajpayee Cabinet thwarted a joint statement, thereby hinting at the limits to his influence within his own government.

The Manmohan Singh government, on the other hand, said that even if the boundaries could not be changed, they could be made irrelevant. According to Wikileaks, both his, as well as Musharraf’s then interlocutor (Satinder Lambah and Tariq Aziz) were very close to an agreement on Kashmir when Musharraf’s regime became unstable and eventually fell. And Kashmiri Separatist leaders, including Prof. Bhat and Mirwaiz, travelled to Pakistan as recently as the winter of 2012, where they had a chance meeting with Pakistan Army chief General Parvez Kayani.

What could then be the reason for this antipathy towards one compared to the other? The reasoning that birds of feather (both religiously conservative, bordering on right-wing), even if they are on the opposing side of the spectrum, flock together is a bit too simplistic. The explanation offered by a former Separatist politician who has now jumped into the mainstream, Sajad Lone of People’s Conference, makes sense but only partly. Last summer when FORCE met him, he said, “Even I cannot understand why the feeling in Kashmir is that if the BJP comes to power, the issue will be resolved, given the party’s very public position on issues like Article 370, AFSPA etc. I think people here feel that because BJP is a hard-line party, it will not allow any other party to resolve the Kashmir issue by raising the nationalistic bogey. But if it tries to resolve the issue, the other parties, especially the Congress, will not create such a hue and cry.”

While this could be part of the reason, another could be that they say this primarily to spite the Congress party which has a substantial presence in the state, especially in Jammu and Ladakh regions, though it does win some legislative seats in the Valley too. However, irrespective of the seats that it wins, Congress is seen as the creator of the problem and not just by rigging the 1986 elections. With everything in Kashmir coming with a historical baggage, Congress and the National Conference are seen by the Separatist camp as twin evils which brought the Indian Army to the state in 1948. That is a historical wrong of such monumental proportions that nothing can set it right. Since then the Congress party at the state level is seen as the handle that the Union government exerts to manipulate Kashmiri politics.


However, if Lone’s explanation is accepted in its entirety, then it indicates to a politics of desperation. Combined with the politics of opportunism, as conducted by the mainstream parties, this leaves an average Kashmiri in a very hard and visionless place. Perhaps, this is the reason that there has been a progressive erosion of faith in political leadership of all hues, whether mainstream or Separatist; each politician addresses only his own constituency and not the people of the state. Even more worryingly, some of them don’t even care for the people beyond what they perceive as their core constituency.

The result is that one gets a sense that one is discussing diametrically opposite parts of the world when talking to different Kashmiri politicians; such is the variance in their worldview or what they see as their immediate concerns.

Former minister and a member of the ruling National Conference party Nasir Sogami talks of the achievements of his party, as he gears up for the coming election. In 2014, Kashmir will have both Parliamentary and Legislative Assembly elections. According to him, measures such as, “Public Services Guarantee act, Right To Information act, state accountability commission, Panchayati Raj etc have put us in a very comfortable position. Despite three violent summers when the government work slowed down, we have managed to deliver to the people,” he told FORCE.

Sogami is careful not to talk about the ‘Kashmir issue’ or the autonomy as it may make relations with coalition partner, Congress, a tad uncomfortable. “In the last election, we did not ask for votes on the grounds of autonomy,” he said. “Our campaign issue was development, even though we believe that resolution is important for sustained peace.” This time round too, Sogami’s party will focus on deliverables. To enhance the reach of the party amongst the young, NC has for the first time established a students’ wing of the party which is now active in some universities of the state. Sogami hopes that the youth wing of his party will be able to channelise the restlessness of the youth, which otherwise gets exploited by the Separatist politicians. Even though Sogami talks of the youth, the issues that he is concerned about pertain to education and employment; and on both counts he has figures handy to suggest achievements.

But for Mirwaiz, the youth issues that need his attention are alcoholism, drug addiction, falling moral standards and so on. “As head of the Ulema Council of Kashmir, we will be starting a campaign soon to demand for the shut down of liquor stores in the Valley,” he said, while conceding that he doesn’t have much political space to do anything else. “More often, I am under house arrest these days,” he said wryly. Hence, he is not looking for resolution of problems but only issues on which public could be rallied to protest.

Prof. Bhat on the other hand, doesn’t bother himself with even these things. His vision is elaborate and he talks of nothing short of a grand strategy that involves improving India-Pakistan relations to prevent China from meeting its strategic targets in Asia. “The width and depth of the Kashmir issue involves countries like Afghanistan, China, United States, India, Pakistan, Bangladesh, Nepal and many others. It is not a small local issue any longer,” he said, quoting a Kashmiri saying: Tindus paith tind tai tindus lez zeer/ Kabul, Qandahar bei Kashmir. Roughly translated, it says Kabul, Kandahar and Kashmir are like earthen pots kept one over the other. Either all of them will stay or all of them will break.

For Prof. Bhat, measures such as revocation of AFSPA, transparent elections, release of political prisoners, education and employment of the youth etc are akin to taking buckets-full of water out of the well in which a dog has fallen. “Our aim should be to take out the dead dog from the well,” he said with his usual flourish of hands.

People like Prof. Bhat and Mirwaiz would ideally have liked if Kashmir continued to be regarded as a political and a secular issue. However, the reality today is that everything about Kashmir now stems from religion, and increasingly from Salafist Sunni Islam. So deeply ingrained is the religious politics in today’s Kashmir that Mirwaiz does not even realise that the demand to close liquor shops stems from religious absolutism. The irony of Kashmir today is that even as the urgency for a resolution has increased, possible options for a resolution acceptable to all are reducing.

The space for liberals is fast shrinking. For the growing class of radicals, the only way to curb dissension is through the bullet. Very reluctantly and with anguish writ large on his heavily-lined face, Prof. Bhat admitted towards the end of over two-hour long interaction, “It is not easy to do politics in Kashmir any longer. People with too independent a viewpoint are killed here.” And the window for a political resolution has narrowed even further.