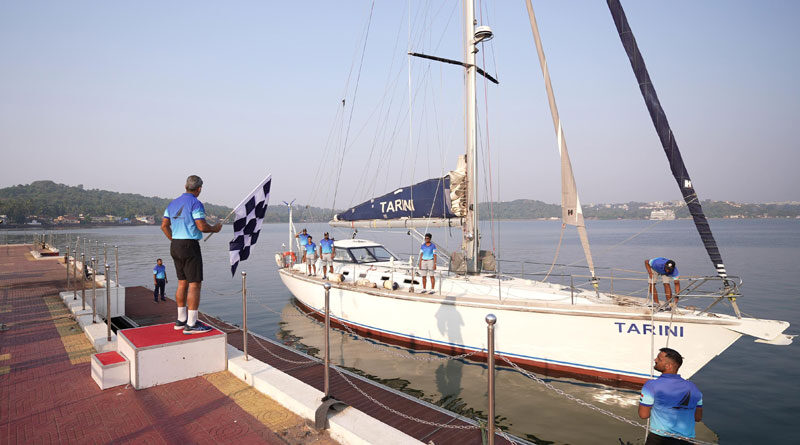 INSV Tarini has set sail for an expedition to Cape Town, South Africa for participating in the 50th edition of Cape to Rio Race 2023. This ocean sailing race will be flagged off from Cape Town on January 2 and will culminate at Rio de Janeiro, Brazil. The race is one of the most prestigious Trans-Atlantic Ocean races. The expedition is being undertaken by an Indian Navy crew of five officers including two women officers.

During this expedition whilst transiting from Goa to Rio de Janeiro via Cape Town and back, INSV Tarini would be covering a distance of almost 17000nm (approximtaely 30000 km). The crew, over a period of 5-6 months in this trans-oceanic voyage is expected to face extreme weather and rough sea conditions of the Indian, Atlantic and the Southern oceans.

The expedition aims to train the crew onboard, in essential seamanship skills including Navigation, Communication, Technical, Planning, etc. The expedition is an important milestone in training of the two women officers onboard for undertaking solo circumnavigation sailing expedition of the globe.

INSV Tarini is known for circumnavigating the globe with an all-women officer crew in the historic expedition titled ‘Navika Sagar Parikrama’ in 2017. In the present expedition, the vessel is being skippered by Capt. Atool Sinha with Lt Cdr Ashutosh Sharma, Lt Cdr Dilna K, Lt Cdr Roopa A and SLt Aviral Keshav as the crew.

During this ongoing expedition, a crew turnaround is planned at Rio de Janeiro for the return leg to India. Post the crew turnaround Cdr Nikhil P Hegde will be taking over as skipper with Cdr MA Zulfikar, Cdr Divya Purohit and Cdr Abhishek Doke as crew. Lt Cdr Dilna K and Lt Cdr Roopa A will be part of the crew for both legs of the expedition as they are being trained for solo circumnavigation of the globe by woman officer.  Under the same training curriculum these women officers also participated in the recent expedition to Mauritius. 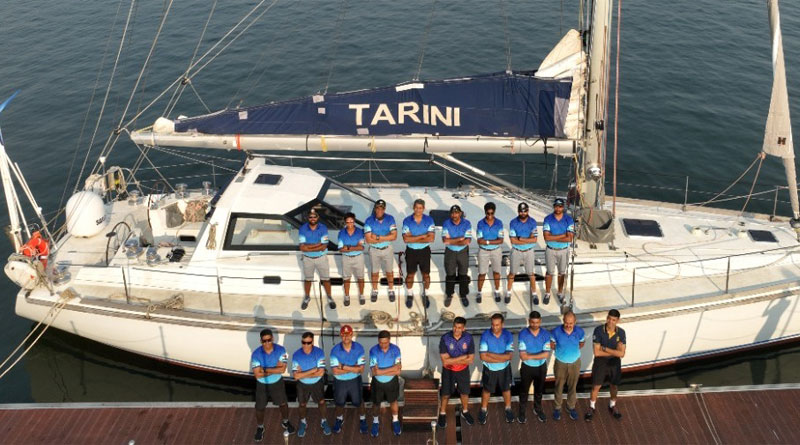