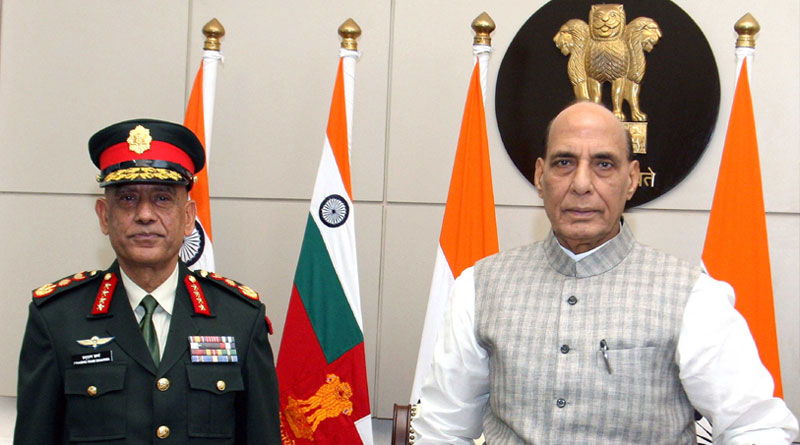 Chief General Prabhu Ram Sharma, who is on a four-day India visit, met Defence Minister Rajnath Singh in Delhi on 11 November 2021. He began his visit on Tuesday, November 9. after an invitation from Chief of Army Staff, Gen. M.M. Naravane. His visit is aimed at stepping up defence relations between the two neighbouring nations.

A day earlier, he was conferred with the Honorary Rank of Indian Army General at Rashtrapati Bhavan by President Ram Nath Kovind.

India and Nepal have been having frosty relations for some time now after a border row over Lipulekh Pass in Uttarakhand erupted last year after Delhi’s inauguration of a new road in May 2020 from Dharchula to Lipulekh on the Mansarovar Yatra route. This move saw the then K.P. Sharma Oli-led government in Nepal take an increasingly pro-China stance. The government also came up with a new map of Nepal, adding to it an area of 370 sq. km at the tri-junction of Nepal, India and China which India claims as its own territory.

After an amendment Bill was passed by Nepal’s parliament to legitimize the new map with the addition of Kalapani, Lipulekh and Limpiyadhura, the two countries saw severe strain in relations. Post which, India’s CAS Gen. Naravane visited Nepal in November 2020.