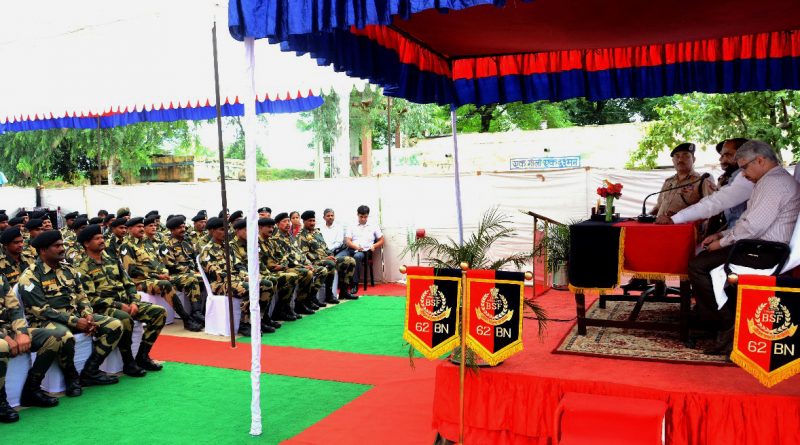 Ram Awtar, IG BSF, gave a detailed briefing on the prevailing security scenario on Jammu Border, the various measures undertaken by the BSF to strengthen the border protection, threat perception existing on International Borders and the existing border control and protection mechanism undertaken vis-à-vis the likely threats. He discussed various issues with the field commanders also.

Ahir also had an interaction with jawans to know about their well-being. He was overwhelmed and impressed by the enthusiasm and spirit of the the BSF troops during the interaction. He appreciated the BSF troops in effective neutralisation of three militants in Chamliyal area, who infiltrated through tunnel last year. He further apprised the jawans that the government recognises their contribution towards national security and is always eager to address their concerns.