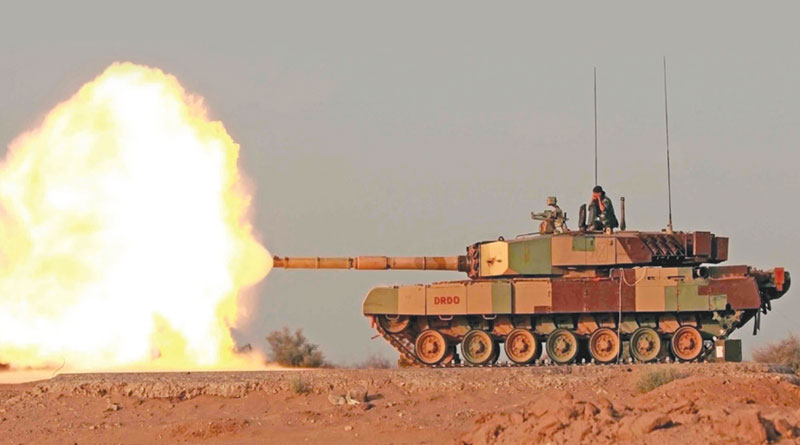 To further boost indigenisation and reduce India’s dependence on foreign defence equipment, ministry of defence on June 1 announced the second negative import list of 108 items that includes light, medium and heavy combat armoured vehicles. India will cease import of a tanks from December 2021 onwards. The ministry now calls it as the ‘Positive Indigenisation List’.

The list of 108 items includes light helicopters with single engines weighing less than 3.5 tonnes, next-generation Corvettes, mini-UAV for surveillance, anti-material rifle, Airborne Early Warning and Control (AEW&C), helicopter launched anti-tank guided missile (ATGM) for up to 7km and Wheeled Armoured Platform (WhAP) among other weapons, equipment and ammunition. These items will be banned for imports starting December 2021 to end of 2025 in a progressive manner. The cut off for 49 of these 108 listed items is December 2021. Import of another 21 items will be barred by 2022-end. The list also includes special clothing and mountaineering equipment for high altitudes, imports of which won’t be allowed after December 2022.

The first negative import list of 101 items was announced in August 2020. The defence ministry had set a target of USD 25 billion by 2025 for defence manufacturing in India. Out of Rs 1.35 lakh crore allocated for capital acquisition for defence in this year’s budget, the government has reserved more than 60 per cent—Rs 70,221 crore—for domestic procurement. The defence ministry said that the second list focuses on weapons and systems that are already under works in the country. Some may be under development and others under trials. “Not only does the list recognises the potential of the local defence industry, it will also invigorate domestic Research & Development by attracting fresh investment into technology and manufacturing capabilities,” MoD press note said.

It added that the second list has been prepared after several rounds of consultations with the government and private manufacturing industry confederations to assess if future capabilities of the Indian industry will be able to meet requirements of the armed forces.

President, Society of Indian Defence Manufacturers (SIDM), Jayant D Patil said, “The second Positive Indigenisation List is another testament of the confidence placed by the government and the armed forces on the industry to deliver cutting-edge defence technology for India’s security requirements”.