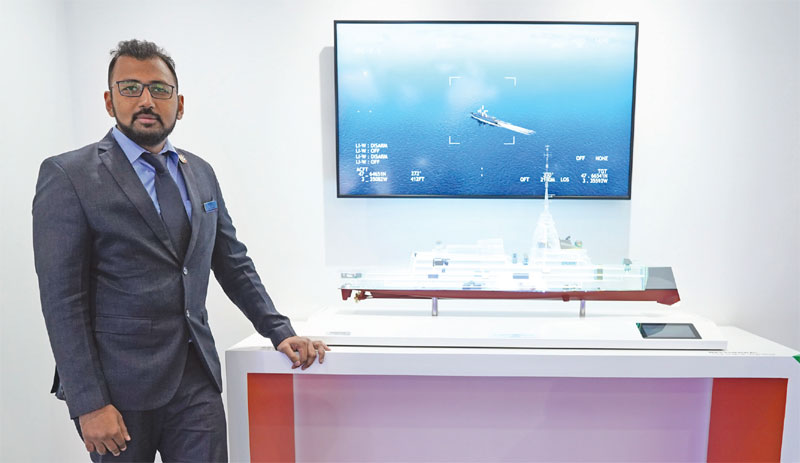 There has been a huge lag in the P-75I programme, from the time it was conceptualised until now. How will this affect your offer to the Indian Navy?

Based on long term investment in ongoing P75 submarine programme and Indo-French bilateral relations between the nations and also the industry, Naval Group has been actively involved with Indian Navy at RFI stage and was finally shortlisted as one of the five OEMs after a long selection process. We were indeed keen to participate in the P75(I) tender and be consulted by the strategic partners such as L&T or MDL to propose the best performing modern submarine to Indian Navy. This would have been proposed by building upon what had already been remarkably achieved through the ongoing P75 program.

But some conditions in the RFP are finally not allowing us to participate.

As a Strategic Partnership programme, the prime would be the Indian company, either in the public or the private sector. Or the programme might get divided between the two. What impact will this have on your partnership with one or two Indian companies?

If we had been allowed to participate, we could have proposed a more modern version of French designed submarine to both SPs. Both SPs have comparative advantages inherent to their past experiences and organisations. If indeed there was a requirement for sharing the programme between the two SPs, there could have been synergies to be found by capitalising on their respective advantages.

What is the unique selling proposition of your submarine? What kind of technologies will you be able to transfer to the Indian prime?

As said earlier, had we been allowed to participate to this strategic programme, we would have been in a strong position to propose a most indigenous solution with compliant performances. Indeed, Naval Group is best positioned to propose maximum indigenous content because of the industrial eco-system already developed in the frame of the P75 programme. P75 is indeed a precursor of ‘Make in India’ with highest indigenous content already achieved for a programme of this complexity. We could have built upon the existing achievement to increase the indigenous content more easily than other competitors and that too in a most time bound and cost-effective manner.

DRDO has been developing its own AIP. Will you be able to incorporate the DRDO AIP in your submarine for the Indian Navy?

DRDO’s indigenously developed, fuel cell-based AIP that has recently demonstrated its performance and we are closely working with DRDO to safely integrate the indigenous AIP into each of the six Kalvari-class submarines, as and when they come up for their refits of adequate durations.

We are of course open to the idea of such technology to be safely integrated in the future submarines, which is evident from our long cooperation with this development in last decade. This will maximise indigenous efforts and also a milestone in the development of submarine technology in India.

Technology has been evolving rapidly. What innovation have happened in the domain of conventional submarines?

We are working on technologies to guarantee energy autonomy required for all the current and future missions in terms of energy efficiency and power, with the smallest possible environmental footprint, by pooling energy and hybridising its sources.

Naval Group continues to invest in the identification and development of solutions that meet these objectives. Just like the range of new-generation lithium ion batteries, the technology of which provides the perfect response to the operational environment and submarine safety criteria.

One of the most important features of submarines are their stealth level so that they can operate in any environment without being detected. Experiences acquired from nuclear submarines requiring highest level of stealth for their long missions all over the globe are benefitting our conventional submarines fitted with specific know-how and expertise to make them undetectable by any other submarines.

With the growth of nuclear submarines and unmanned undersea platforms, what is the future of conventional submarines?

Nuclear submarines are best suited for blue water, long time and range missions lasting months in faraway places. However, for coastal surveillances or close monitoring of neighbouring countries, conventional submarines are much more cost effective in carrying these missions.

We are also developing unmanned undersea platforms to further decrease the cost of surveillance of neighbouring maritime areas.

In the aerospace domain, OEMs are working on manned-unmanned teaming. Do you envisage something like this in the sub-sea domain as well?

Yes, we are indeed working on unmanned undersea platforms, which can be deployed in coordination with conventional or nuclear submarines to leverage their stealth advantages and provide a force multiplier to the users.

Naval Group offers today a torpedo-shaped Unmanned Underwater Vehicle (D19 MDUUV, approximately 1t and between 6m and 8m depending autonomy) which can be carried on a submarine, surface ship or by a docking station. The D19 is able to perform a wide spectrum of military missions that are either hazardous or time and money consuming for warships and submarines.

We also have a reflection on the design of large enduring underwater drones. These large underwater vehicles will provide in the future an interesting operational complement when technological maturity will be fully acquired. Naval Group mastering the design of a submarine and having increasingly mature technological building blocks in terms of decision making, this development is therefore natural and is part of the industrial transition mentioned above.