When we Look to the Future, MBDA is and will Remain an Absolute World-Leader in the Field of Missile System Technologies 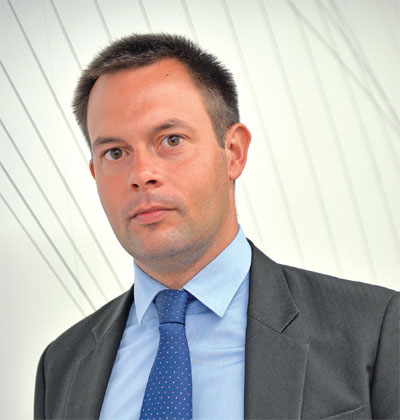 With the increasing focus on indigenous R&D and production, do you envisage a possibility of your JV with L&T also engaging in research and development?

For the last several years MBDA has been working hard to support and deliver Aatmanirbhar Bharat. Our joint venture with Larsen & Toubro, L&T MBDA Missile Systems Limited, is a key part of this for both local production and local development.

What progress has the JV made since it came into being?

Given the government acquisition policies, what is your focus in India, both in the medium and the long term?

MBDA is a committed partner with the Indian armed forces with a long and close history of cooperation in the field of missile technologies with India. We have extensive industrial roots and partnerships within the Indian defence industry and together we have been making missiles in India for over 50 years. For the last several years, MBDA has been working hard to further deepen these as part of our commitment to support and deliver Aatmanirbhar Bharat.

L&T MBDA Missile Systems Limited is a key part of this, as is our close cooperation with Defence Public Sector Undertakings (DPSUs) such as Bharat Dynamics Limited (BDL), with whom we have made missiles in India with for over 50 years. We are also cooperating with micro, small and medium sized enterprises (MSMEs) across India.

What is the update on your existing programmes across IAF, Army and Navy?

All three Indian service branches know they can rely on their MBDA-designed missile systems to provide them with battle winning capabilities. Today, we are providing the weapons package for India’s new Rafale fighter aircraft, including the game-changing long range Meteor missile, the SCALP deep strike cruise missile and the MICA air combat missile, which we are also providing for the IAF’s Mirage 2000.

Similarly, our ASRAAM missile was selected as the IAF’s New Generation Close Combat Missile and is being delivered for Jaguar. Meanwhile, our Mistral ATAM system is fully integrated with India’s new LCH and ALH helicopters. The Indian Navy also operates the submarine-launched SM39 Exocet anti-ship missile, and we are supporting the Indian Navy by proposing the full suite of equipment to the Rafale M for the new Indian aircraft carrier including MICA, Meteor and Exocet AM39. The Indian Army relies on the MILAN 2T anti-tank missile as a mainstay of its anti-armoured capability, with this missile having been made in India for many decades.

What kind of conversation are you having with the IAF and HAL on indigenous programmes like LCA Tejas and AMCA?

We are in discussions about enhancing the capabilities of a number of Indian air platforms. A notable recent example of this is the Tejas LCA Mk1A which will have its close combat capabilities enhanced with our ASRAAM missile. ASRAAM is India’s New Generation Close Combat Missile and with its large rocket motor, and clean aerodynamic design, ASRAAM has unrivalled speed, aerodynamic manoeuvrability and range.

The IAF’s Jaguar aircraft are the first Indian platform to receive this cutting-edge air-combat missile, and following a recent contract Tejas LCA Mk1A will now also be armed with this potent air dominance weapon. We are also actively discussing MBDA products with the IAF and industrial partners to enhance the capability of other current and future Indian platforms like the AMCA.

You have a history of cooperation with both DRDO and BDL. How do you envisage building on this legacy in the future? What are the prospects of FAIT?

MBDA and Bharat Dynamics Limited (BDL) agreed to establish a facility for the final assembly, integration and test (FAIT) of ASRAAM missiles in Hyderabad in July 2021. Work on establishing the facility is now underway as per plan–strong evidence of MBDA’s strategic commitment to Aatmanirbhar Bharat in partnership with Indian Defence Public Sector Undertakings (DPSUs) and industry. MBDA and BDL have worked together for more than 50 years and produced more than 50,000 missiles together for the Indian military. We are looking forward to the opening of the facility in due course, and a similar approach is underway for Mistral.

Do you feel discouraged by the increasing competition in India? What is your roadmap for staying ahead of your competitors in the price-sensitive Indian market?

MBDA’s strategy in India has remained very consistent for several decades–to deliver the best technologies to the Indian armed forces and to do so in close partnership with Indian industry. We are proud to have a very successful track record of delivering on both pillars of this strategy for decades and close and trusting relationship with our Indian partners across government, armed services and industry.

When we look to the future, MBDA is and will remain an absolute world-leader in the field of missile system technologies. This gives us the ability to continue offering systems to the Indian armed forces that provide a battle-winning edge for the future. Additionally, our partnerships with Indian industry continue to deepen. The last few years have seen us launch our joint venture with Larsen and Toubro, LTMMSL, which is operational today working on missile systems in India, and it has seen us continue our long relationship with BDL; with a new agreement for final assembly, integration and test of ASRAAM next generation close combat missiles signed only last year.

In this way we can see that the twin pillars of our strategy go from strength to strength, and so we look forward to continuing to support the Indian Armed Forces battle-winning technologies in close partnership with Indian industry for the future.

Technology is moving towards autonomous and intelligent weapons. What kind of futuristic work is going on in MBDA?

MBDA is at the absolute forefront of all the technologies that will produce decisive weapon systems now and into the future. We are an absolute world-leader in technologies relating to autonomy, artificial intelligence, sensing, swarming, direct energy, and many others. These are technologies that today already feature in many of our products, including those in-service or offered to the Indian armed forces.

To take an example, LTMMSL is locally offering the Sea Ceptor naval air defence system to the Indian Navy for its SRSAM requirement. Sea Ceptor is a highly advanced naval weapon system that thanks to our pioneering research and expertise in these fields features high levels of autonomy and intelligence through both the missile and the wider system. These features enable the Sea Ceptor system to autonomously prioritise threats and optimise the allocation of missiles within an engagement to maximise operational effectiveness–and so provide the very highest level of protection from air attack for Indian sailors.