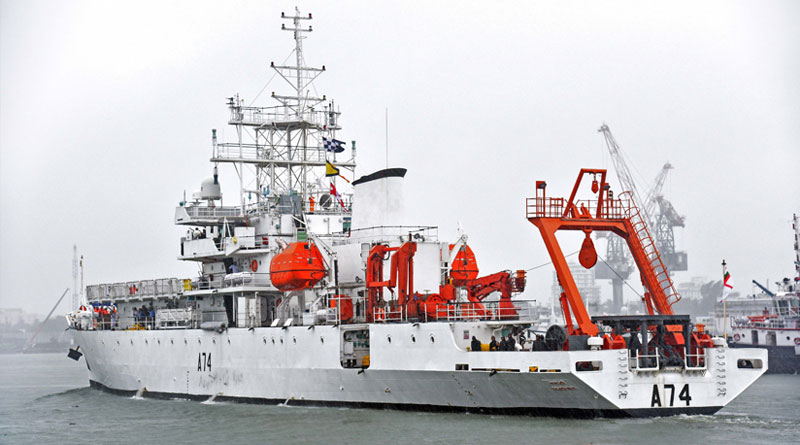 The ship’s mission, which was conceptualised by DRDO, is in consonance with the Prime Minister’s vision of Safety And Growth of All in the Region (SAGAR)


The ship’s mission which was conceptualised by DRDO, is in consonance with the Prime Minister’s vision of ‘Safety And Growth of All in the Region (SAGAR)’ to promote closer cooperation in socio-economic aspects, as well as greater scientific interaction, especially in ocean research in underwater acoustics, among Indian Ocean Region (IOR) countries. The mission by the Indian Navy and NPOL is a step towards enhancing this research and strengthening relationships with South East Asian countries and is therefore being termed as SAGAR MAITRI. The prime objectives of the SAGAR MAITRI mission are data collection from the entire North Indian Ocean, focusing on the Andaman Sea and adjoining seas and establishing long term collaboration with eight IOR countries in the field of ‘Ocean Research and Development’.

INS Sagardhwani was built indigenously by M/s GRSE Ltd, Kolkata and commissioned on 30 July 1994. During the last 25 years, the ship has carried out intensive oceanographic observational programmes/ research. The ship for the conduct of scientific and research programmes of NPOL. The ship will also be celebrating its Silver Jubilee on 30 July 2019. The ship would be visiting Thailand, Malaysia, Singapore, and Indonesia and would be interacting/ initiating collaborative research programmes with selected institutes in these countries as part of the present SAGAR MAITRI Track-2. Track – 1 of SAGAR MAITRI mission was held in April 2019, when she visited Yangon, Myanmar.

The Indian Navy and NPOL have been jointly working in the field of research & development of sonar systems, technologies for underwater surveillance and study of the ocean environment and underwater materials. NPOL is continuously striving to enhance the performance of underwater sensors by undertaking research in underwater acoustics and physical oceanographic conditions through its platform INS Sagardhwani which is fitted with state-of-the-art equipment, including newly fitted wave height measuring radar for this purpose.