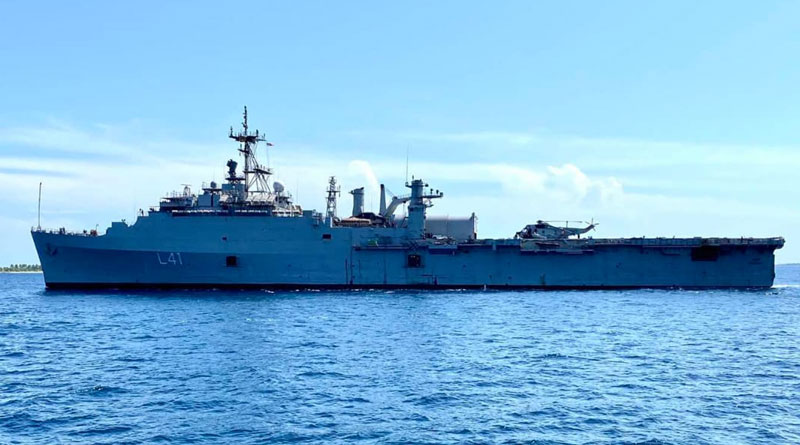 INS Jalashwa carrying 698 Indians arrives at Kochi Port. The Indian Navy undertook the evacuation under its Operation Samudra Setu. The ship sailed out of Male Port on Friday night. The passengers include 595 men and 103 women. The ship also has 14 children below 10 years’ age and 19 pregnant women.

The passengers will be kept in 14-day quarantine. According to newspaper reports, each passenger was charged $40 USD.

Extensive arrangements were being made before their arrival at the port to receive them under the supervision of Kochi Police. The arrangements were being made in order to separate symptomatic passengers by the Navy. The passengers were to be brought in batches of 50. Health screening, submission of self-declaration forms, getting new BSNL sim cards among other things were undertaken.

The Indian government’s Vande Bharat mission will bring back at least 15,000 Indians abroad. Three government has made an arrangement of 64 flights and three Navy ships for the evacuation.

INS Magar too is in the process of evacuation.