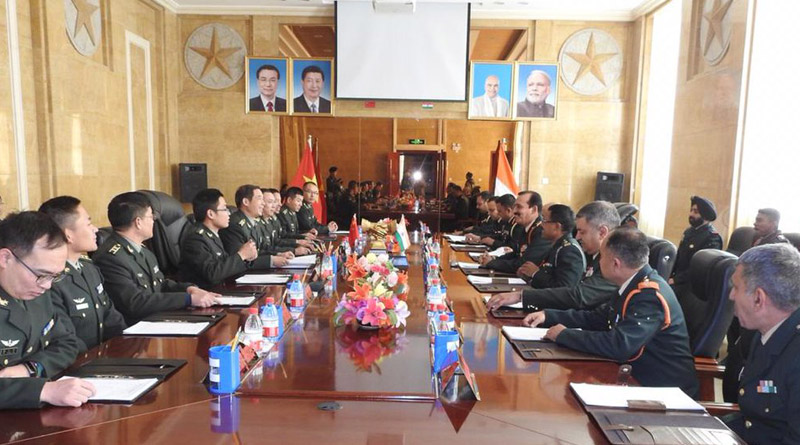 Troops from both sides also celebrated the New Year in Bumla, Arunachal Pradesh

India and China held two ceremonial Border Personnel Meetings at Chushul-Moldo and Daulat Beg Oldi-TWD in eastern Ladakh on January 1. This meeting came in the backdrop of the successful conduct of the 7th iteration of exercise Hand-in-Hand in Chendgu, China. Troops from both countries also celebrated the New Year in Bumla in Arunachal Pradesh. For the BPM’s, the Indian delegation was led by Maj. Gen. Sanjiv Rai and Col SS Lamba and the Chinese delegation by Senior Col Liu Hou Jie and Col Song Zhang Li.


Both sides reaffirmed their commitment to maintaining tranquillity and cooperation along the Line of Actual Control (LAC) as per the agreements between the countries. The celebration was organised by Peoples Liberation Army (PLA) on the Chinese side of Bumla. Over the last 3 decades, BPM’s have evolved into a crucial platform for resolving local disputes and fostering mutual confidence with a view to maintain peace along the LAC.