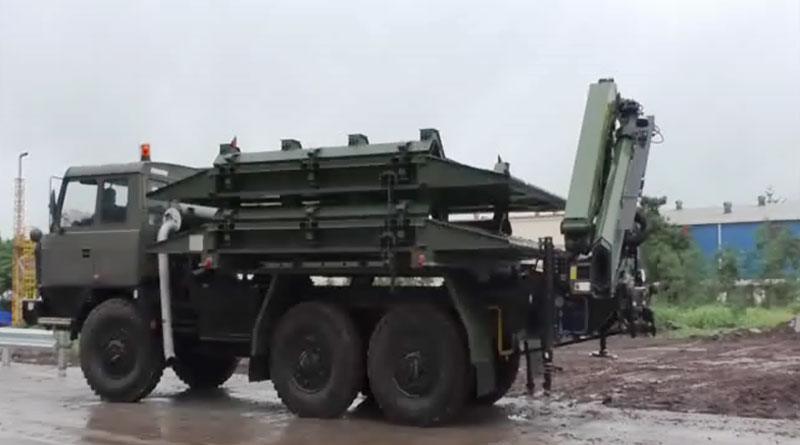 Larsen and Toubro added another feather to its cap by delivering an indigenously made bridge to the Indian Army.

In another inspiring example of indigenisation of defence equipment, a 5 Metre Short Span Bridge was formally handed over to the Indian Army on 20 March 2019. The ceremony for the handing over of the bridge was held at the Talegaon facility of Larsen & Toubro Limited.

The Bridge is indigenously designed & developed by the Corps of Engineers and the DRDO laboratory at Pune R&DE (Engineers).

Delivered three months ahead of schedule, the bridge has been manufactured by Larsen & Toubro Limited.


All stakeholders have put in concerted efforts to overcome challenges and realise the ‘Make in India’ initiative of the government, which aims to ensure self-sufficiency in India’s defence needs. The equipment will meet the important requirement of providing mobility to own forces by speedy establishment of bridges.