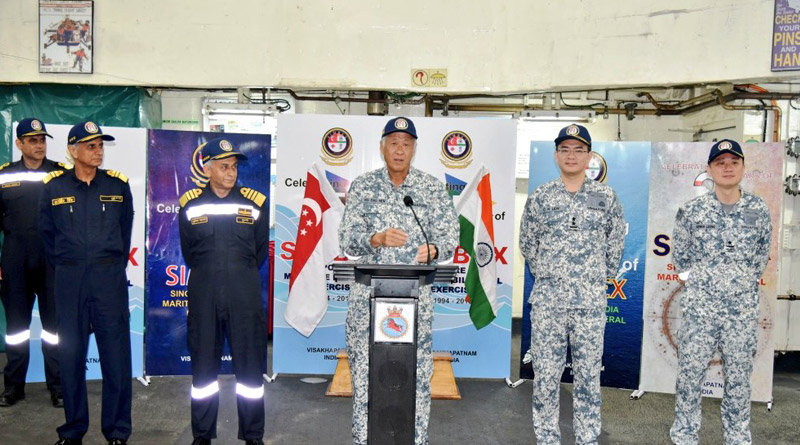 India and Singapore, on November 20, signed a revised Defence Cooperation Agreement (DCA), marking the conclusion of the 3rd iteration of the annual Defence Ministers’ Dialogue (DMD). The revised DCA was signed to further strengthen the military cooperation between the armed forces of the two countries. This agreement gives out an exhaustive framework for the conduct of joint training as well as exercises for the Singapore Armed Forces in India.

The signing of the revised DCA came with a renewed bilateral agreement that will allow the Singapore Army to continue to train and exercise in India. The talks between Defence Minister Nirmala Sitharaman and her Singaporean counterpart Ng Eng Hen were held under the framework of DMD.


A joint statement released by the MoD said that defence minister Nirmala Sitharaman affirmed India’s full support and active participation in the regional security architecture of the ASEAN Defence Ministers’ Meeting (ADMM)-Plus and its many initiatives. Dr Ng welcomed India’s continued engagement of the region and emphasised the long history of defence cooperation between Singapore and India.

“Singapore is very supportive of India’s vital security of the Indo-Pacific region and we share common security interests geographically that is the Strait of Malacca and the Andaman Sea, which is really a continuous body of water that is a critical Sea Lines of Communication,” said Dr Ng.

The joint statement also said Singapore “strongly supports India’s deep engagement with ASEAN member states participation in patrols along the Strait of Malacca with Singapore” and that both ministers looked forward to the inaugural trilateral exercise with Thailand in the Andaman Sea.

In an indirect reference to India’s Eastern neighbour’s naval resurgence in the South China Sea, the two sides underscored the importance of maintaining freedom of navigation and overflight consistent with international law. During the meeting, the two ministers also agreed to step up intelligence and information sharing, particularly in the areas of maritime security and counter-terrorism and expand collaboration on submarine safety and rescue.

Earlier in the day, Dr Ng attended the final sea phase of the 25th edition of the Singapore-India Maritime Bilateral Exercise – SIMBEX on board INS Shakti. This multi-dimensional exercise witnessed participation of ships, submarines a well as aircraft from both sides and live firings at sea.