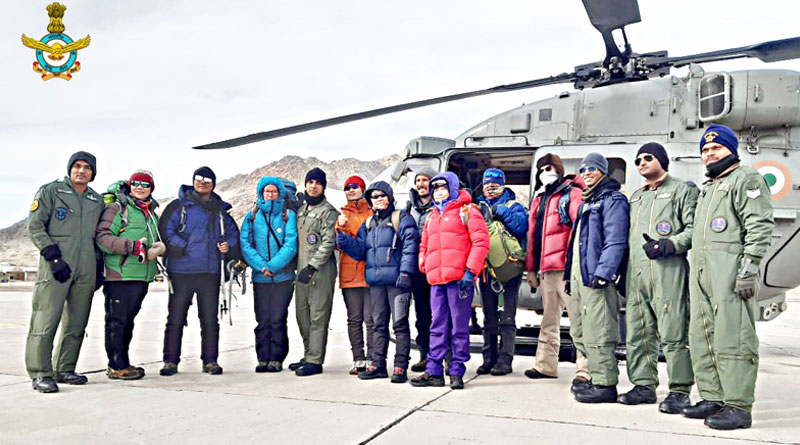 The stranded trekkers, which included foreign nationals were a part of the ongoing ‘Chadar Trek’.

“50 trekkers including nine foreign nationals and approximately equal number of local guides and porters, who were a part of the ongoing ‘Chadar Trek’, got stranded when some portions of the frozen Zanskar River melted,” the IAF said in a statement.

“The melting caused the flow of the water to become too strong, for the trekkers to continue across the river on foot. The stranded trekkers managed to move to Niraq, a small camp site upstream and were awaiting to be rescued,” the statement added.


A makeshift helipad was prepared along the river bank to carry out rescue.

The rescued trekkers include one male and one female from France and four males and three females from China.

The rescue operation is still underway.

Additionally, in order to provide medical facilities to the stranded trekkers a medical officer and a medical assistant were also flown to Niraq.

Chadar Trek is a winter trek walking over the blanket of frozen Zanskar River. With snow all aroud, the 9-day Zanskar frozen river trek goes through extreme weather conditions. The total distance covered along the trek is 105 km.