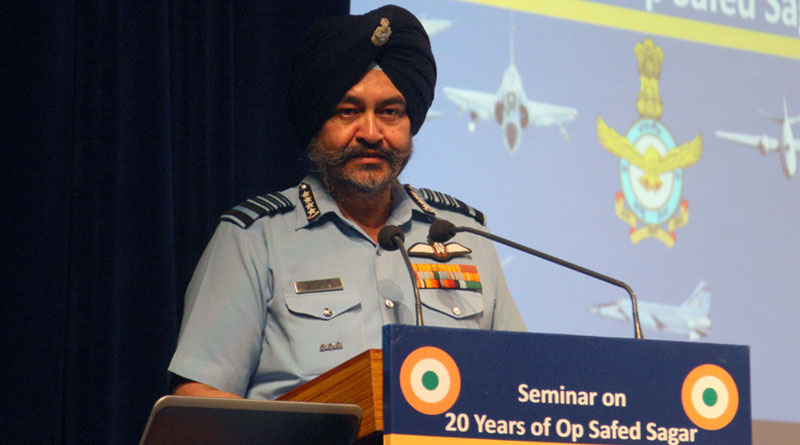 The CAS spoke about the operational limitations that existed in 1999 and the innovative ways adopted by the IAF to overcome the difficulties during the conflict.

He said the IAF is capable of doing all-weather bombing, provided the coordinates are known for a particular place. He added that precision bombing was much needed during the 1999 Kargil conflict.

In his speech, the CAS who was then the Commanding Officer of 17 Sqn and was operating from Srinagar, reminisced the air action that took place during the Kargil conflict. “It was for the first time that the MiG-21 aircraft carried out air-to-ground bombing at night in the mountains,” he said.


The CAS spoke about the operational limitations that existed in 1999 and the innovative ways adopted by the IAF to overcome the difficulties during the conflict. The developments which took place post Kargil war have transformed the Indian Air Force in capability so as to counter any kind of air threat in conventional and sub-conventional domains of warfare.

During the Kargil conflict, precision bombing capabilities which existed only on Mirage-2000 are now also available on Su-30, Jaguar, MiG-29 and MiG-27 UPG aircraft. Presently, BVR Missiles are carried by MiG-29, Su-30 and Mirage-2000 aircraft. IAF has the AWACS aircraft to monitor the airspace deep inside the enemy territory and operates on secure communication with network-centric warfare capabilities. “The IAF is prepared to fight across the entire spectrum of warfare, be it an all-out war, a skirmish like Kargil conflict or retaliation to a terrorist attack,” he said.