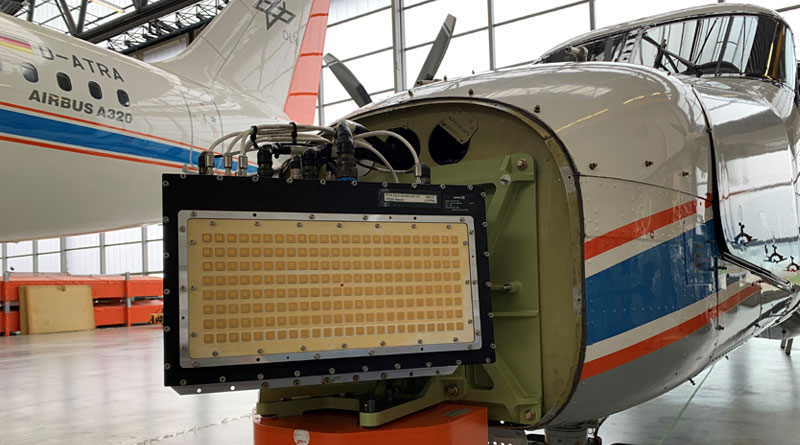 “We have progressed faster than expected with our ‘Detect & Avoid’ radar,” says head of HENSOLDT’s radar division, Erwin Paulus. “In the meantime, the complete functional chain from detection and classification to the initiation of avoidance manoeuvres is working so reliably that we are sure we will be able to demonstrate a basic system for autonomous flying in the summer.”

As per a press statement from HENSOLDT, “Since the beginning of the year, HENSOLDT has also been involved in the EUDAAS (European Detect and Avoid System) programme, in which several European companies are developing a concept for bringing large military medium altitude/long endurance (MALE) drones, such as the Eurodrone recently released by the German parliament, into European airspace.”

For the production of the high-frequency components required for the AESA technology, the company operates one of the largest clean room production facilities in Europe at its Ulm site. Its radars and radar components are used on aircraft, satellites, ships and in ground systems. Among the platforms equipped with them are the Eurofighter fighter aircraft, the TanDEM-X satellites, the US Navy’s littoral combat ships and the frigates of the German Navy. In addition, HENSOLDT supplies air traffic control radars and transponders to air traffic control authorities and armed forces around the world.