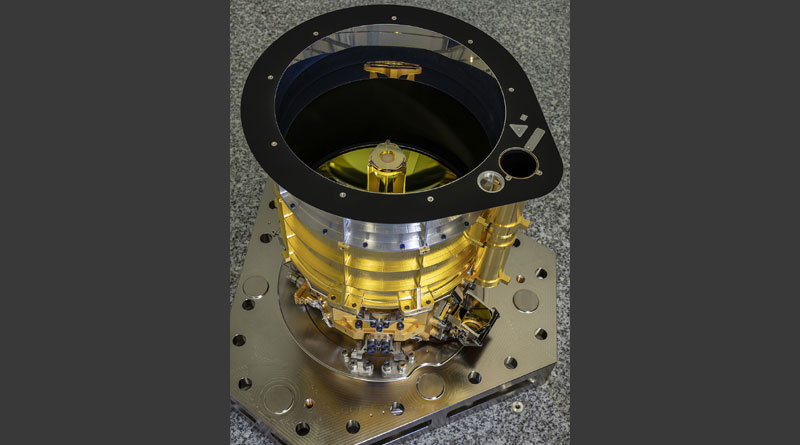 In September 2022, the Ariane 5 launcher will take off from the Kourou spaceport, marking the start of ESA’s JUICE mission for the exploration of Jupiter’s moons. The equipment also includes the Ganymede Laser Altimeter (GALA), for which HENSOLDT supplies essential elements, such as the laser transmit and receive unit and the laser control system. Today, GALA in the presence of the European Space Agency (ESA) has been delivered to representatives of the German Aerospace Centre (DLR) after final tests.

HENSOLDT has previously contributed its BELA laser transmitter to ESA’s BepiColombo satellite. That spacecraft has been making its way through the solar system to Mercury since 2018. During the upcoming three-and-a-half-year mission, GALA will be used to survey Ganymede, Jupiter’s largest moon. As the satellite will fly several times over predefined points during this mission, it will be possible to identify changes in the elevation profile.

The tides of the icy landmass will be of particular interest in this context. The movements in elevation will show whether there is liquid water under several hundred metres of ice sheet, which would be an indicator of possible life on this moon.

The immense level of ionising radiation created by energetic charged particles becoming trapped within Jupiter’s strong magnetic field is one particular technical challenge posed by the Jupiter system. The spacecraft will have to fly through this intense radiation belt and be protected accordingly. The laser transceiver unit will be powered by energy supplied by solar panels, but their output will be restricted given the large distance from the sun.