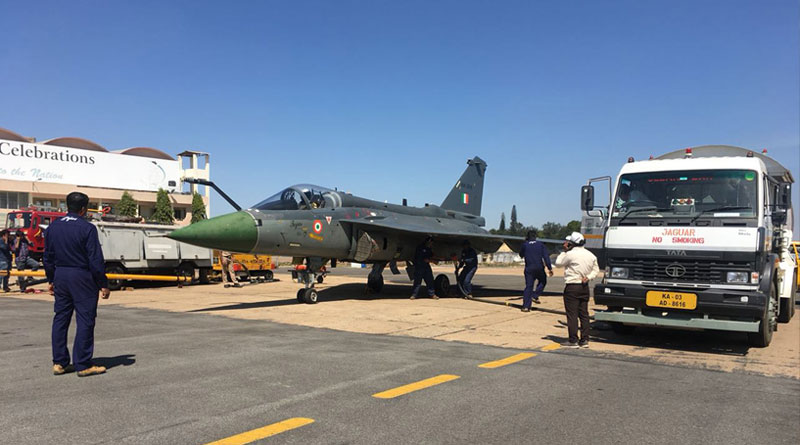 The LCA Tejas LSP8 can be refueled in between sorties while its engine is in operation thereby bringing it closer to final operational clearance.

Hindustan Aeronautics Limited (HAL) carried out a hot refueling on indigenous Light Combat Aircraft-Tejas followed by a sortie at HAL airport in Bengaluru on February 26. The success in  hot refueling is seen as a progress made towards final operational clearance (FOC) of the aircraft. The system performance, according to HAL, during the refueling session was in-line with design requirements and was satisfactory.

“In the history of IAF aircraft, LCA will be the first aircraft to fly with this unique capability of hot refueling and HAL has successfully demonstrated this on LCA Tejas LSP8 aircraft,” , the company said in a statement. “With this, a major requirement of LCA Air Force Mk.1A has been achieved.”

Hot Refueling is a single point pressure refueling of the aircraft with the engine in operation. It is a process by which a fighter aircraft is refueled (in between sorties) while its engine is in operation, thereby cutting down the refueling time by half and turn-around time significantly. This capability is highly desired in combat situation which basically puts aside the need for the pilot to park the aircraft, power down and exit the cockpit for refueling to begin.