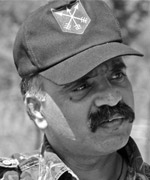 The Maoists’ violent activities have registered a continuous decline in the last few years. A number of interventions have been made, both security and development related, as a result of which there has been a marked improvement in the Left-Wing Extremism (LWE) scenario in the country. The MHA statistics reveal that since 2012 there has been considerable improvement in the LWE situation with the number of violent incidents dropping by about 40 per cent and deaths by 38.5 per cent. Also, in 2017, only 30 (out of total 35) most affected districts accounted for about 90 per cent of the violence in the country. The number of affected districts, i.e., the districts covered under the SRE (Security Related Expenditure) scheme, has reduced from 126 to 90 (with 30 most LWE affected) in 11 states as on 1 April 2018.

This can be corroborated by the fact that the Central Committee, the highest body of the CPI (Maoist), in all its reports since 2013, has admitted that its mass base was getting decreased in considerable area, the intensity and expanse of the resistance of the People’s Liberation Guerrilla Army (PLGA) and people decreased and more cadres were leaving the party and the PLGA than joining it. Except for the south sub-bureau of the Dandakaranya Special Zone (DKSZ), fresh recruitment has come down to almost zero. The strength of its PLGA, arrayed in the hierarchy of battalion, companies, platoons, local guerrilla squads (LGS) and jan-militia has been continuously declining.

There are multiple reasons for the decline. The onslaught of the security forces in the Maoists’ base areas, supplemented by the government’s aggressive agenda of development has been one of the main factors for the Maoist’s waning influence. The security forces have moved ahead and established new camps and police stations. Many unchartered areas have been accessed and brought back to normalcy. The Special Forces and intelligence inputs have borne fruits. A large number of Maoists have surrendered. They are getting benefits of the Surrender and Rehabilitation Policy of the state and centre. Many roads have been built and mobile towers installed. Regular electricity now reaches remote areas and bank branches have opened to ensure financial inclusion. Entitlement (pattas) has been given to adivasis (tribal) in the area of their habitual residence, minimum support price enforced to alleviate their economic condition. However, these ongoing efforts have to continue in letter and spirit, and the enemy defeated; considering the nature of its struggle in the last five decades.

Maoists, fearing additional deployment and continuity of making aggressive inroads by the security forces, are trying to expand in new areas. They want that the security forces are dispersed through this extension. The Maharashtra-Madhya Pradesh-Chhattisgarh Zone (MMC) covering a tri-junction forested, hilly and tribal area, though affected partially since the Eighties, is their new focus area for stretching their armed arms. Many Maoist cadres have been sent from Bastar to gain ground in this expansion Zone. Though the government, particularly Chhattisgarh, has taken many proactive steps including the establishment of new camps along the border, and strengthening special intelligence to counter the Maoists’ expansionist policy, constant vigil has to be maintained by all three states in coordination with each other. This, in fact, is the apt time to showcase that the government shall not allow any further alienation of our tribal lot from the mainstream. We need to ensure that the grievances of the local populace are redressed without delay.