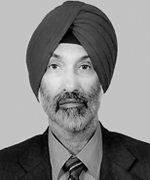 The army’s artillery modernisation and transformation plan finalised over two decades ago for the induction of approximately 3,000 modern artillery howitzers finally got an impetus in 2018, when two modern and advanced artillery systems were inducted, namely the American M777 A2 Ultra Light Howitzer (ULH) and the South Korean K9 Vajra Tracked Self Propelled (SP) Gun System. The last modern system inducted into artillery was the controversial Bofors FH 77 155mm/39 calibre howitzer from Sweden in 1998.

Concurrently, the success of the indigenously developed 155mm/45 calibre ‘Dhanush’ gun (upgraded version of the Bofors) and reports of the indigenously developed Advanced Towed Artillery Gun System (ATAGS) achieving 40km plus range in the development firing were certainly encouraging developments in the modernization push. Alongside these positive developments, the long-drawn process of trials and evaluations for the 155mm/52 calibre towed gun systems, the most crucial project of the artillery, reached its final conclusion in February 2019 with the Israeli Elbit’s ATHOS gun emerging as a clear winner. The fact that most of the above projects have the involvement of various Indian private companies in some form or the other has certainly given a boost to the indigenous capability in developing ‘state of art howitzer systems’.

Simultaneously, there has also been a major progress in the artillery’s surveillance, target acquisition and retaliatory capabilities along with advancements in the field of Rockets and Missiles. The development and induction of the indigenous ‘SWATI’ Weapon Locating Radar (WLR) and a quantum increase in the ranges of the Pinaka Rocket System and ‘Brahmos Cruise Missile’ are indicative of the same.

The Unarmed Aerial Vehicles (UAVs) though now transferred from the artillery to army aviation corps, is looking at a major increase in its inventory through a mixture of imports and indigenous developments. This will have all categories of UAVs, including armed drones like the MQ-9B Predators from the US. A major concern though remains the sordid and dismal state of ammunition both in quantity and quality, the main weapon of the gunners, without which even the most advanced and sophisticated gun systems would remain mere showpieces, even though a limited amount of smart munitions in terms of Precision Guided Munitions (PGMs) has been acquired through import in the last couple of years. The recent decision of the government to partially open this critical sector to the private industry is a step in the right direction and needs to be pursued on priority.

While the artillery modernisation thrust was moving ahead smoothly until last year, presently the process seems to be faltering and facing serious hiccups, some due to technical glitches developed in the weapon systems themselves, but mainly due to governments dithering on taking the final call with regards to key projects despite their being critical to national security—in fact artillery modernisation was the only worthwhile process in the army that was on track but is now stumbling.

The artillery’s modernisation plan officially called the Field Artillery Rationalisation Plan (FARP), includes the manufacture of towed, mounted and ultra-light howitzers, including self-propelled (SP) both tracked and wheeled, multi-barrel rocket systems, missiles, surveillance and counter bombardment equipment and UAVs. The plan for the wheeled SP guns has since been shelved. The current status of these various programmes and projects is discussed in the succeeding paragraphs.

Dhanush Project 155mm/45 Calibre: Dhanush, the indigenous version of the Bofors gun being produced by the Ordnance Factory Board (OFB) was formally inducted into the artillery (six guns) in 2019 after undergoing extensive user exploitation trials in the desert and high altitude. This gun has been able to achieve ranges up to 38km. Indent has already been placed on OFB by the MoD for 114 Howitzers and orders for more numbers could follow based on the performance of the gun.

However, presently the gun is facing some technical problems related to the barrel and the Auxiliary Power Unit (APU). There have been at least three cases of barrel bursts during firing, the latest one occurring in February this year. This is a serious issue and needs to be urgently addressed for it affects the safety of the crew manning the gun as well as reliability of the weapon system itself. The APU enables the gun to move short distances on its own power, an important facet of modern guns, but the present indigenous APU engine fitted is not able to provide the requisite power.

In addition, a major concern remains the abysmal pace of manufacturing by OFB, having delivered only 12 guns against the 114 ordered in 2018. The excuse of Covid-19 notwithstanding, these issues need to be addressed on priority by OFB. A way forward could be to involve private entities who have the experience and expertise in this field and move ahead jointly.