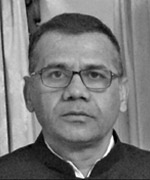 ‘Professional knowledge and professional competence are the main attributes of leadership. Unless you know, and the men you command know that you know your job, you will never be a leader’ — Field Marshal Sam Manekshaw

The mandated role of border guarding forces is to ensure the security and integrity of India’s borders during peacetime and integrate with defence forces during war. Border Guarding forces (BGFs) fall under the category of ‘any other armed force of the union’. They require strong regimentation and professionalism to fulfil their mandated role and task.

Regimentation enjoins upon commanders and their men to know and understand each other, like a close family unit. Such associations survive throughout service and even after retirement. Regimentation instils a sense of belonging among troops, nurtures an esprit de corps. A shared sense of pride is groomed—in force ethos, customs, traditions and regimental achievements. It is amorphous things like these, that make a battalion or a regiment, a fighting machine.

Lack of regimentation is one of the major causes of professional degradation in most BGFs in India. Attempts were made to dismantle regimentation in the Border Security Force (BSF). Thankfully, the ministry of home affairs did not allow it.

BGFs need a very high degree of professionalism. The sort that is engendered only when men and officers live and train together, understand each other’s strengths and weaknesses and constantly strive to bring glory to the regiment’s flag. This is a culture that turns the meekest of men into warriors—ever willing to embrace death for regimental honour.

If it is indeed such a valuable tool, why is regimentation missing or heavily diluted among the BGFs? Have their role and task been deliberately disregarded, without analysing the ramifications for national security? This is a question that needs to be carefully considered.

As per the ministry of home affairs’ annual report for 2019-20, border management means ‘Securing the country’s borders against interests hostile to the country and putting in place systems that are able to interdict such elements’. ‘Accordingly, borders with Bangladesh and Pakistan have been entrusted to the Border Security Force (BSF), China border to Indo-Tibetan Border Police (ITBP), Nepal and Bhutan borders to Sashastra Seema Bal (SSB), and Myanmar border to Assam Rifles’. The Indian Army works with the BSF on the Line of Control (LC) with Pakistan and with the ITBP on the Line of Actual Control (LAC) with China. The primary task of the BSF, ITBP and SSB is border guarding. In addition, border-guarding forces also have a role in war.

The Kargil Review Committee asserted that the ‘repeated withdrawal, in large numbers, of para-military forces from border guarding duties towards internal security and counter insurgency duties led to neglect of the borders. These forces have also been unable to perform optimally due to cannibalisation of battalions and even companies’.

Therefore, it is imperative that border guards must be detached from internal security. They must be brought under one umbrella and designated as the Indian Border Guards (IBG) or Border Guarding forces of India (BGFI), while retaining their individual identity. This is because their role requires them to function in close-knit groups for effective border security, both in peace and in war.

Regimentation shapes the relationship between leadership and men, and how seamlessly they sync during operational situations. Non-regimentation dilutes professionalism and operational effectiveness. There is no loyalty towards the battalion since after their tenure, men move to other battalions on individual posting. Loyalty to leadership then, is nurtured not for professional improvement but for better, more comfortable postings. Commanders do not know their men and the men care not for their commanders. Trust and camaraderie wither. Talent search for field leadership becomes next to impossible.

But the leadership is often unable to adequately address basic human resource issues. The isolation, physical and mental fatigue, lack of rest, inability to meet social obligations—all lead to domestic strife. Poor financial incentives and promotional avenues cause mental agony. All this culminates in indiscipline or incidents of suicide and fratricide.

Regimentation entails togetherness. It acts as a big stress buster since it builds a team structure where the men and their officers learn to live and die together, caring for each other. A strong regimental system enhances professionalism, ensures effective grievance redressal and improves discipline.

Regimentation on the other hand, encourages men and commanders to know each other as a family. Cohesiveness becomes a professional imperative—key to surviving adversities and extremely hostile operational situations. This enhances troop confidence in field commanders, turning sections, platoons and companies into fighting fit machines.

Wartime Synergy with the Army

Former Northern Army Commander, Lt Gen. D.S. Hooda at a webinar by the Institute of Chinese Studies observed, “There are limitations in the way ITBP can respond, not because soldiers or officers are lacking, but because they do not have the organisational structure and capability to react to it.” However, the solution does not lie in placing BSF, ITBP and SSB under army operational control even during peacetime. What is required is a mechanism for peacetime coordination to bridge infrastructural and training gaps to enable border-guarding forces to fight shoulder to shoulder with the Army during war.  Border guarding forces automatically come under army operational control as and when hostilities are declared. Better synergy and trust between border guarding forces and the army can be generated through joint training and exercise for wartime effectiveness. Effective border management can happen only if the BGF and the Army follow a unified professional culture.

For Better Synergy with the Army

(a) Prepare SOP for regular joint audit with army of equipment inventory of border guarding forces and compatibility with army inventory. Lay down periodicity of audit and follow it up meticulously.

(c) Quarterly interaction between additional director generals of border guarding forces and director general, military operations, must be made mandatory to identify infrastructural and organisational needs. Training command and training directorate representatives should be part of such interactions.

(d) Identify shortcomings like higher age profile of troops, role of women in combat, mine laying capabilities, inadequacy of anti-tank weapons and lack of defensive wartime training and take measures to remove shortcomings.

(e) Carry out peacetime testing of battalions, sectors and frontiers for role fitness.

To strengthen regimentation in border guarding forces, the following steps are recommended.

There is urgent need for regimentation in border guarding forces as it fosters and builds professionalism. It builds companies and battalions into close-knit cohesive subunits and units. It improves discipline, enhances morale, motivation and trust in command and makes the unit a well-oiled fighting machine.

Field Marshall Erwin Rommel’s quote aptly summarises regimentation: ‘Winning of men’s confidence requires much of commander. He must exercise care and caution, look after his men, live under the same hardship and above all apply self-discipline. But once he has their confidence, his men will follow him through hell and high water.’

To have confidence both have to live and train in a regimented environment to develop trust upon each other. The government must restore regimentation for effective management of border security challenges both during peace and war.