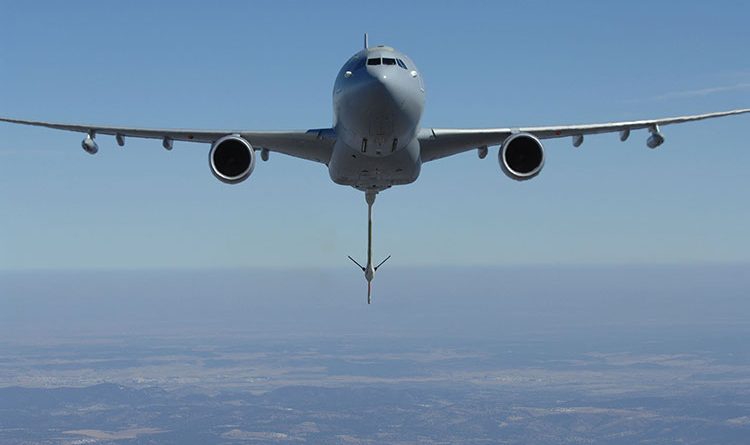 Germany and Norway officially joined the European/ Nato programme to acquire Airbus A330 Multi-Role Tanker Transport aircraft along with Netherlands and Luxembourg.

The two nations committed to participating in the project through the signing of a Memorandum of Understanding (MoU) at NATO HQ in Brussels on June 29.

Known as the Multinational Multi-Role Tanker Transport Fleet (MMF) the programme was initiated by the European Defence Agency (EDA) in 2012. Europe’s organisation for the management of cooperative armament programmes – OCCAR – manages the MMF acquisition phase as Contract Executing Agent on behalf of the NATO Support and Procurement Agency (NSPA). Following the acquisition phase, NSPA will be responsible for the complete life-cycle management of the fleet.

The programme is funded by the four nations who will have the exclusive right to use these NATO–owned aircraft which will operate in a pooling arrangement. The aircraft will be configured for in-flight refuelling, the transport of passengers and cargo, and medical evacuation flights. The first two aircraft have already been ordered to be delivered from Airbus Defence and Space’s tanker conversion line at Getafe near Madrid in 2020. Five additional aircraft will now be ordered, and that order will include options for up to four further aircraft.

NSPA GM, Peter Dohmen said, “As Nato’s NSPA, we are proud to be a key enabler of this critical project to help European nations meet their air transport and refuelling requirements. The successful cooperation in this project – bringing together all our capabilities – bodes extremely well for further future Nato/ EU collaboration.”

OCCAR Director, Arturo Alfonso-Meiriño said, “The MMF programme has broken new ground in bringing together the combined capabilities of the EDA, NSPA and OCCAR as one team, with each organisation working within its particular sphere of expertise. I very much welcome that this important initiative has now attracted additional partners to join, and it still includes options for the participation of even more countries.”

EDA Chief Executive Jorge Domecq commented, “The MMF is a prime example of European defence cooperation which shows that once a capability shortfall has been jointly identified, European nations can pull together, work on a common project aimed at filling the gap, and eventually deliver. It’s pooling and sharing at its best”.

Airbus Defence and Space Head of Military Aircraft Fernando Alonso said, “The A330 MRTT has established itself firmly as the world’s premier tanker/ transport aircraft. It is extremely satisfying to now see it adopted as the core asset of one of Europe’s most important cooperative defence programmes. We hope that this collaborative approach will serve as a model for future joint procurements.”