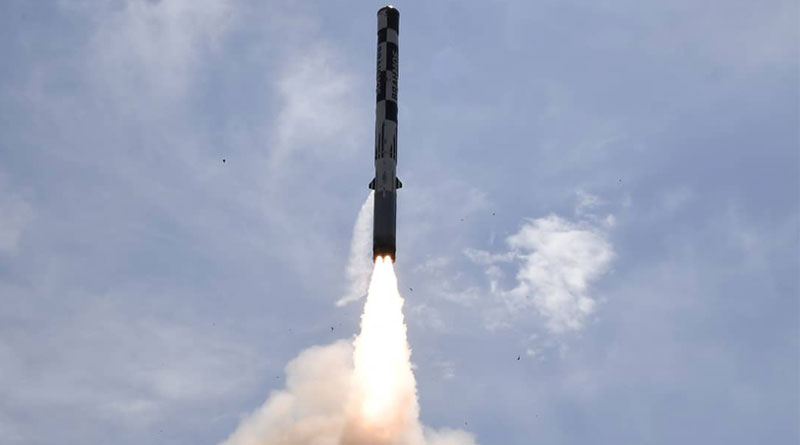 Produced under an India-Russian joint venture, BrahMos Aerospace, the missile can be launched from submarines, ships, aircraft, or from land platforms

Indian Air Force BRAHMOS unit successfully fired two surface-to-surface missiles at Trak Island in Andaman Nicobar group of islands on 21 and 22 October 2019, an IAF statement read. The twin firings have been carried out by the IAF as a part of training mission. The BRAHMOS land attack cruise missiles engaged the designated mock targets close to 300 km away and achieved direct hit in both the cases, the statement added.

The IAF said the launch was smooth and both the missiles followed the desired trajectory. “The firing by IAF demonstrates the mobility and agility of IAF units to operationally deploy and launch at targets with pin-point accuracy,” read the statement. IAF had previously successfully fired the land version of the BRAHMOS missile at Pokhran.


In addition, IAF had also recently successfully fired the air version of the BRAHMOS missile from its frontline Su-30MKI fighter aircraft in May 2019 in the same area.

The 2.8 Mach BRAHMOS missile is a state-of-art supersonic cruise missile designed and developed by BrahMos Aerospace Private Limited (BAPL). The missile is ideally suited for launch from large stand-off ranges to engage fortified targets deep inside the enemy territory with precision.

The BRAHMOS missile provides Indian Air Force a much desired capability to strike from large stand-off ranges on any target at sea or on land with pinpoint accuracy by day or night and in all weather conditions. Supersonic speeds combined with capability to attack the assigned target in single or salvo mode ensures quicker target engagement with a high degree of assurance. The missile functions on the fire and forget principle with high accuracy.